Extradition lawyers have, for the past three and a half years, been baffled by their very own Brexit conundrum. How is it that the Conservatives, historically the party of law and order, could (broadly) support leaving the EU when, since 2003, the European Arrest Warrant (EAW) scheme has led to the removal of thousands of suspected or convicted offenders from these shores? 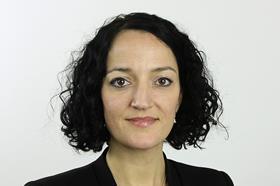 This was presaged by a number of law enforcement officials who underlined the consequences of the UK losing access to the EAW, including director of public prosecutions Max Hill, who told MPs in December 2018 that: 'the terms on which Brexit occurs could have a significant impact on our work in the field of extradition, mutual legal co-operation and all the multi-jurisdiction, multiple country investigations that are part of our work.' Indeed, the then home secretary Theresa May told the media (October 2014, Sunday Times) that losing access to the EAW would make the UK 'a honeypot for all of Europe’s criminals on the run from justice'.

The answer is of course that there are other factors that have taken precedence over the UK remaining in the highly effective, if flawed, system of the EAW.

Nonetheless, it appears that the government has at last woken up to the problem that a departure from the EU presents to a now well-oiled European extradition system. In a Queen’s speech calculated to be seen as law and order heavy, the government proposed a new Extradition (Provisional Arrest) Bill which will give the police power to arrest individuals wanted by 'trusted international partners.' The details currently available are scant: at the time of writing no legislative text is available. However, the notes accompanying the Speech state that the main elements of the Bill include 'a new power to enable the immediate arrest of a fugitive wanted by trusted partners whose red notices and criminal justice systems we know we can trust' which will only apply where a serious offence has been committed and the suspected person would pose a risk to the public if at large in the UK. The proposed Bill would contain a requirement for the NCA to certify that the red notice has been issued in relation to a serious offence and is from a 'trusted' country. It would also enact a power to designate countries as 'trusted' 'subject to parliamentary approval'. How partners will be identified as those one can trust is not specified, however the impact assessment states that this is likely to be 'Five Eyes countries and EFTA states.' The notes go on to say that 'In the event that the UK is unable to use the European Arrest Warrant, this Bill could be used to designate EU countries, to [sic] mitigating the loss of the immediate power of arrest currently provided by the European Arrest Warrant.'

The impact assessment focuses primarily on non-EU countries. Government intervention is needed, it says, because in relation to those states, the police cannot currently arrest a person wanted overseas without an arrest warrant. Obtaining such an arrest warrant requires a police officer to take a trip to the magistrates’ court, which can take time. The problem of the delay caused by the requirement to obtain a warrant for overseas criminals is, however, not one which is high in the public consciousness. Indeed, the impact assessment states that the change would result in six individuals entering the criminal justice system more quickly than would otherwise have been the case (presumably over the course of a year). It is unclear how this calculation has been made but the assessment goes on to cite the low volume (around 100) of non-EU extradition requests received in any given year. It anticipates no additional costs as the proposal would lead to individuals 'entering the CJS more quickly and efficiently' rather than additional volumes for the CJS to process.

Whilst the impact assessment makes reference to the possibility of using the scheme for arrests which would have been EAW arrests but for Brexit, this is painted as an additional benefit, ancillary to the primary one. This seems, at best, disingenuous. Whilst speeding up the apprehension of six serious criminals a year is a laudable aim, a far graver concern is the immediate loss of the EAW scheme. Promoting the Bill as one which is primarily concerned with the problem of arrests from non-EU countries has the benefit of avoiding an emphasis on what will be lost when we leave the EU, whilst giving the appearance of enhancing law and order.

That aside, there are real concerns about the changes proposed by this Bill. Whilst INTERPOL, the body that issues red notices, has improved its processes significantly over the past five years, it remains an unaccountable organisation that is frequently misused, not only by countries seeking to repress opposition campaigners, but also in commercial disputes. Furthermore, there is no detail on the processes that would follow an arrest pursuant to a red notice. Perhaps most worrying is the potential use of the power to designate countries as 'trusted'. In the EU, countries such as Poland and Hungary which are increasingly using the criminal law as a political tool undermine the concept of mutual trust in our EU neighbours’ justice systems. Expanding this concept outside the EU, to countries that do not enjoy the protection of fundamental rights that the European Court of Human Rights provides, is problematic.

Whether or not the Bill, in this or any other form, makes any progress remains to be seen, but legislators should be aware that this particular Brexit conundrum may not be solved so easily.