On 7 June 2020, just under two weeks after George Floyd was murdered by a police officer in Minneapolis, USA, a statue of a slave trader was pulled down in the centre of Bristol and thrown into the nearby harbour. Four individuals were charged with criminal damage and became known as the 'Colston Four'; Milo Ponsford, Rhian Graham, Sage Willoughby and Jake Skuse. Following a trial at Bristol Crown Court, all four were acquitted by the jury. 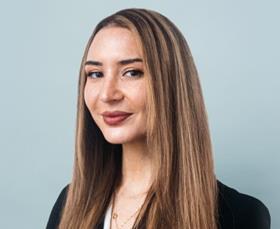 To some, the verdict was a relief. That the city of Bristol hosted a monument that celebrated Edward Colston as one of the 'most virtuous and wise sons' of the city was a painful display of indifference to his crimes. Approximately 30 million human beings were captured and transported across the Atlantic. Millions died on the journey, through inhumane conditions and being thrown overboard. The average life expectancy of people who made it to the Americas was just 6 years. This is the gruesome business that made Edward Colston rich.

Others, most vocally Conservative MPs, have asserted that the verdict threatens the rule of law and that the verdict is 'perverse'. Grant Shapps, the transport secretary has vowed that the Police, Crime, Sentencing and Courts Bill that is currently making its’ way through parliament will prevent a 'loophole in the law'.

A perverse verdict is where there is no defence in law but the jury acquit anyway. In the Colston case the defendants had several defences available to them and ultimately all we can say for certain is that the jury were not sure that they were guilty. Either way it is precisely this kind of case, which has provoked outrage from the government, which illustrates how important juries really are to our freedoms.

Without juries, that is normal people from all walks of life, with all the range of life experiences that reflect us as a society, what safeguards do we have against tyranny? Where oppressive legislation is passed or laws are used in an oppressive way, the jury performs an essential function in keeping the state in check.

The widely reported delays in cases reaching trial in the Crown Court, which the government has sought to blame entirely on the pandemic, have led to calls for reduced juries to clear the backlog. David Lammy MP, Labour’s shadow justice secretary has advocated for 'war-time' juries. This a perilous precedent to set and an unjustified quick fix for what is in fact a symptom of decades of chronic underfunding in the justice system and therefore unlikely to be resolved any time soon. Reducing the size of the jury would surely be a gateway to its abolition altogether.

It is particularly disappointing that David Lammy has expressed this view, when his own review into the treatment of, and outcomes for Black, Asian and Minority Ethnic individuals in the criminal justice system confirmed that 'rigorous analysis shows that, on average, juries – including all white juries – do not deliver different results for BAME and White defendants' and a Ministry of Justice report concluded that ‘one stage in the criminal justice system where BAME groups do not face persistent disproportionality is when a jury reaches a verdict.’

Jury trials are not a perfect system. Juries can get it wrong and miscarriages of justice occur. Juries appear to be reluctant to convict police officers for deaths in custody. The Guardian reported in June 2020 that the last time a police officer was successfully prosecuted in the UK concerned a death of somebody in custody was 1969.

Nevertheless, being tried by your peers is essential to democracy. The government is currently moving to pass a host of undemocratic and cruel legislation. Criminalising those who rescue refugees, the power to render British citizens stateless and the wholescale attack on civil liberties set out in the Police, Crime, Sentencing and Courts bill, are but the tip of the tyrannical iceberg, meaning that it may well be sooner rather than later that the onslaught against juries begins. We must be ready to defend and protect this essential part of our democracy, our constitution and the rule of law at all costs.