For Sir Roger Scruton, the law was both an inspiration and a refuge. Britain's most eminent - only eminent, some would say -  conservative philosopher turned to the profession in the 1970s when it became clear that his views were out of step with those of the mainstream academic world. As a lecturer at Birkbeck College, London, Scruton had free time during the day to study at the old Inns of Court School of Law, and was called by Inner Temple in 1978.

In How to be a Conservative he recalls the 'completely different vision of society' he gained by reading for the bar, studying what he called 'the English law as it was before the pollution injected by the European courts and before the constitutional changes haphazardly introduced by Tony Blair'.

Common-law justice 'spoke to me of a community built from below, through the guarantee offered by the courts to all who came before them with clean hands,' he wrote. ‘This vision stayed with me thereafter as a narrative of home.’

For Scruton, the common law courts, along with 'churches, mosques, schools and professional bodies… football teams, brass bands and orchestras’ exemplified institutions whose existence defied totalitarianism and which conservatives should defend against 'progressive' political opinion. This was the institution that 'properly understood, leaves the Marxist theory of history in ruins.’ 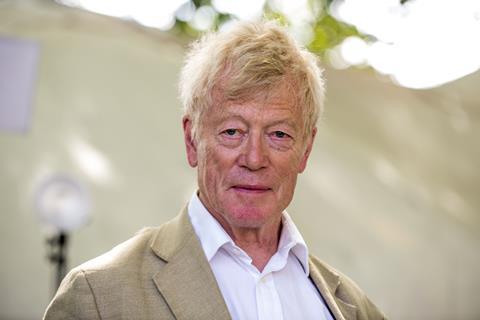 Scruton's legal hinterland also surfaces in his critique of judicial activism. The US constitutional scholar Ronald Dworkin is one of the targets of Scruton's Fools, Frauds and Firebrands, a fiery polemic against 'new left' thinkers originally published in 1985. Scruton dismisses as 'special pleading' Dworkin's 'moral theory' of the constitution, which he classifies as a barrister's selective brief, based on a contingent and parochial view, rather than a deep truth about the law. And, arising from this view, Scruton detects a fundamental unfairness: 'The liberal conscience can rest satisfied with a mere opinion as to what the law might have been or ought to be. The conservative conscience, however, is never entitled to an equal indulgence, but must always labour under an immovable burden of truth.'

This in turn leads us to a recurring theme of Scruton's philosophy, his attack on the concept of 'social' justice. Its goal is 'no longer equality before the law, or the equal claim to the rights of citizenship, as these were advocated at the Enlightenment. The goal is a comprehensive rearrangement of society, so that privileges, hierarchies, and even the unequal distribution of goods are either overcome or challenged.'

This is an argument that ‘allows nothing to stand in its way... Social justice ‘is a goal so overwhelmingly important, so unquestionable superior to the established interests that stand against it, as to purify ever action done in its name.’ And the fact it is advanced not through revolution but ‘by legislation, committees and government commissions’ is no protection against a slide into totalitarianism.

Here Scruton acknowledges a debt to Friedrich Hayek, who found the concept of collective justice a meaningless contradiction: ‘a demand that the state should treat people differently in order to place them in the same position’.

In the third decade of the 21st century, Hayek's is not a popular position. As Douglas Murray points out in his 2019 book The Madness of Crowds, social justice ‘sounds - and in some versions is - attractive’. Even the term itself is set up to be anti-oppositional, forcing critics to answer the retort: 'So you're in favour of social injustice?’ But the contradiction is there, nonetheless.

Of course Scruton never practised law; he never found time to do his pupillage. And whether he would have flourished as a practising lawyer is doubtful: certainly he would have struggled to operate entirely within his common law ideal - it is a rare legal issue that has not been subjected to 'pollution' or haphazard constitutional changes.

But, at a time when government commissions are supposed to be examining questions as fundamental as the future of the magistrates' courts and the relationship between the executive and the Supreme Court, Scruton's is a voice that might have been valuable.