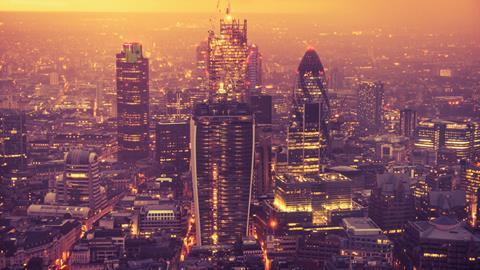 In this latest phase of its protests, 'The Impossible Rebellion', Extinction Rebellion (XR) is turning its attention to the City of London - the financiers, the insurers and the City lawyers - who play critical support roles in the maintenance of the carbon economy. 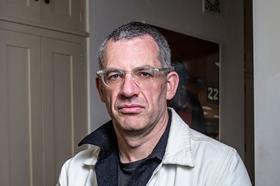 How does XR’s justify this disruption? Surely City lawyers, for example, who act for fossil fuel companies, do no more than honour the principle that everyone has the right to legal representation?

Coming towards the end of the northern summer of 2021, the grim reality of the climate crisis is right here and right now. Even for those not caught up in the events directly, who can forget the images of row upon row of prostrate human beings in cooling centres in Canada; the towns and villages devastated by flooding in Germany, Belgium, the Netherlands and Luxembourg; and the deadly infernos engulfing Mediterranean holiday destinations? The Times reports today: 'Children eat shoe leather in first famine driven by climate change'. On 20 August, UNICEF claimed a billion children are at ‘extreme risk’ from climate impacts.

These are not natural disasters. They are the consequences scientists have been predicting for decades if our economy’s deadly addiction to fossil fuels is not broken.

Few now deny the reality of the climate and ecological crisis (the UK parliament declared a climate emergency on 1 May 2019), but a disingenuous narrative is being propagated in which the UK is presented as a 'climate leader' - the problem, the vested interests would have us believe, lies with everyone else. It is true that the UK’s own domestic carbon emissions have declined from an exceptionally high starting point, as the UK has transitioned from an industrial economy to a service-sector economy (the carbon embedded in the goods we now import from China, for example, counts against China’s emissions total, not ours). But this narrative distracts from the UK’s most significant contribution to the climate crisis: the City of London - the arch-financier of the global carbon economy.

The City has linked its fortunes to those of the fossil fuel industry, hosting companies such as BP, Shell, Anglo-American, Gazprom and Rosneft. Saudi Aramco raised $12billion through UK debt markets. It is estimated that the City of London supports a world-leading 15% of carbon emissions around the world. Most of the resulting extraction and destruction occurs outside the UK (for example in Nigeria or Mozambique), with profits distributed to UK-based shareholders and pension funds.

The governments of the world have committed to limiting average global warming to 1.5˚C (beyond that point whole regions of the world are predicted to become uninhabitable and the risks of simultaneous crop failure, threatening our food security, rise substantially). According to Aviva Insurance, however, FTSE 100 companies are driving the world towards 4˚C warming, which would cause loss of life and displacement on an unimaginable scale.

The International Energy Agency, the expert energy advisory body for relatively rich countries such as the UK, warned in May that if the 1.5˚C limit were to be maintained, investments in new sources of fossil fuels must stop immediately. XR makes the modest demand that the government act on this expert advice.

It was the UK that launched the carbon-based industrial revolution and exported it around the world. For our collective survival, that era must now be drawn to a close, and the City of London has a critical part to play.

The City is not an abstract entity. It consists of the individual bankers, brokers, lawyers and insurers, who make conscious decisions about how to apply their talents and skills.

It is not surprising, in view of the financial inducements on offer, that so many choose to rationalise the acceptance of instructions from fossil fuels clients with reference to professional obligations and principles.

XR aims to ensure that no-one is under any illusion about the consequence of such personal decisions. Anyone who applies their professional skills to increasing investment in fossil fuels complicit in the destruction of the conditions which make this planet habitable - the ultimate crime against humanity and life on earth.

Professional obligations, we argue, must be balanced against other obligations, such as our obligations as parents, citizens or simply as human beings with a conscience.