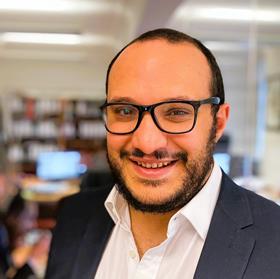 I started working as a civil litigator at Janes Solicitors, a high-profile criminal firm in St James’s in November 2019, ostensibly to assist the criminal lawyers when existing clients had civil issues or when there was a crossover. In my first few weeks, I was handed a contempt file and told “this is in the civil courts – you can help with this”, and off I went. Hence, I discovered a niche and relatively untapped area of law, existing at the cross-section of civil and criminal practice, where unusually for cases that were taking place in the civil courts, defendants were entitled to criminal legal aid and the courts were applying the criminal burden of proof.

Within a few months, I had been instructed on a further contempt case (Andreewitch v Moutreuil [2020] EWCA Civ 382), in which we were successful in overturning a finding of contempt on the basis that the alleged contemnor had not been warned of his right to silence, a concept far more familiar to criminal law than civil law.

As time has gone on, I have been privileged to have been instructed in a number of high-profile contempt matters, for both claimants and defendants, including the case of Sophie Khan, a case many Gazette readers will be familiar with. As someone who places a great deal of emphasis on the rule of law and administration of justice, I have found these cases to not only be intellectually stimulating, but also vital to how the justice system works in this country. I have also been motivated to try to ensure that alleged contemnors are not incarcerated if it can be avoided.

However, one element of contempt cases has continued to unsettle me – costs. Contrary to popular misconception, even when a defendant is legally aided, owing to that legal aid being ‘criminal’, the costs protection afforded by S26 of LASPO and Civil Legal Aid (Costs) Regulations 2013 does not apply.

This means that defendants are treated as normal civil litigants under CPR44, with Judges free to apply the general rule that the loser pays, subject to any judicial discretion. However, I think that can be unfair. In my opinion, parties to contempt proceedings are not ordinary civil litigants and the courts ought to move away from treating them as such.

A key point is that parties in contempt may not be able to bargain their way out of the claim and reach a settlement, the way that ordinary civil litigants often can. A party in a regular civil case is free to make a commercial decision as to how much the claim is worth to them and how much it may cost to litigate and, conscious of the costs and litigation risk, attempt to reach a private settlement. However, in contempt proceedings, where costs can sometimes reach six figures, this is much more difficult:

i. Traditionally a claimant cannot discontinue contempt proceedings without the permission of the court. Whilst post-October 2020 this is more ambiguous, I have seen recent cases where a court has been reluctant to allow the parties to step away;

ii. It is not up to the parties to agree an outcome between themselves. Indeed, in a recent case where I was instructed, the Judge was very explicit about this stating “… if I were of the view that my public duty required me to send her to prison, it would not matter what you…had agreed about that matter. It would be my duty to do so.” This means that a defendant may be able to reach an agreement with a claimant but find that future costs are still incurred because the court wants the parties to continue;

Parliament and the courts have in the past clearly recognised some of the unique aspects of contempt proceedings, culminating in the decision in All England Lawn Tennis Club Ltd and All England Lawn Tennis Ground Plc v Luke McKay [2019] EWHC 3065 (QB), confirming that contempt defendants are entitled to non-means tested legal aid (presumably because of the serious ramifications of being found guilty). However, this recognition hasn’t so far extended to any explicit guidance on how costs should be dealt with.

This has led to Judges taking vastly different approaches in different cases, even thinking just about cases I have worked on in recent months:

2. One Judge declined to make a costs order as he wasn’t sure it was appropriate when the Defendant was legally aided;

3. The High Court Judge in the Sophie Khan case (and the Court of Appeal) decided to make an order that Ms Khan was liable for costs, but stated that this not to be enforced without further leave of the court.

In the absence of any explicit guidelines, how to deal with costs in these cases is likely to be left at the discretion of Judges. However, I believe the time has come for parties and the courts to recognise that the general rule on costs is not a neat fit in contempt, and the lack of specific guidance could cause injustice to claimants and defendants alike.

Marc Livingston is a Civil Litigator at Janes Solicitors. He has written about this topic in more detail on the firm’s website: Costs Orders in Contempt Proceedings – Be Aware of the Anomalies!)