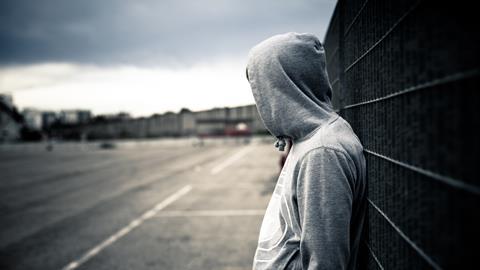 County lines: How the state is failing our young

You may be forgiven to have missed the government’s 'Crime Week' introducing new initiatives to combat crime across the UK. This was somewhat overshadowed by the news of Christmas parties at Number 10 and the like; but on Monday the prime minister did set out plans to challenge and defeat county line gangs – but how effective will these realistically be? 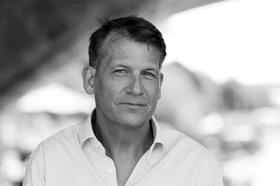 'County lines' is the name given to the criminal activities of gangs who transport drugs across the country while using generic mobile phone lines to allow dealers and customers to communicate their sale and distribution. This ‘business’ model, and whether we like it or not, it is a business, albeit illegal, relies upon a number of key features to allow them to operate with apparent alacrity. Recently, the police have targeted the communication lines to try and dismantle these activities, however this strategy has been somewhat ineffective. No sooner are lines closed and those connected arrested, new ones are opened or the ‘seized’ lines are reactivated with apparent ease. This cannot simply be put down to the technology alone. What has been overlooked is the comparative ease with which these gangs can lure, cajole or bully children and young persons to work for them and thus provide a continuous supply of ‘labour’ to ‘run’ drugs for them.

The grooming of children by the unscrupulous is by no means a new concept, you only have to read Dickens to see that. Governments have consistently failed to tackle this most fundamental of problems, gangs are still able to operate effectively, cynically preying on the most vulnerable – those in care, truanting, or excluded from school, and homeless. With the promise of cash, a 'family' and the home that may be lacking, protection from violence, and 'role models' that they may never have had, these vulnerable children fall into the grip of gang life. These ‘businesses’ inevitably lead to turf wars, and it is by no coincidence that we have witnessed a rise in violent crime leading to an epidemic of death and serious injury amongst young men.

How can we begin to successfully tackle these illegal ‘businesses’ that prey on our young and cause such misery to society? The seeds to this problem were sown in the 1990s when youth crime came to the public’s attention. Think Ram Raiders, Rat Boy, and the devastating cases of James Bulger and Damilola Taylor. These, amongst others, highlighted how ill equipped the authorities were at managing the social wrongs that had seemingly led to these problems. Not much appears to have changed today, despite the numerous promises of ‘lessons to be learnt’.

While widely accepted that the vast majority of those used to peddle drugs, or commit other crime, are vulnerable victims themselves, they have seemingly had very little protection provided by the authorities. Granted we have the Modern Slavery Act; however, this is so limited in scope that it does not even properly protect those victims it was introduced to help.

Under New Labour, money was thrown into effective initiatives, youth centres, social services, and charitable organisations. This allowed it to enter communities, support and protect the vulnerable, and work closely with police forces who had a visible presence on the ‘beat’. Twelve years of austerity and a Conservative government have dismantled these protections – the likes of secure units have been closed, youth services cut, and police numbers reduced. It even took a Premier League footballer to provide a conscience to feed our hungry children during the pandemic.

The government launched crime week with the introduction of measures to tackle county lines and drug activity. It has promised the allocation of £780m as part of a 10-year drug strategy in England to fund drug rehabilitation systems. This also includes £300m for combating more than 2,000 county lines gangs. Should this money ever materialise, and the detail of this apparent generosity needs to be scrutinised, these measures are welcome, but are long overdue and don’t go far enough. We need a coordinated and holistic approach to eradicate the cause and to stem the grooming of our young from the offset. Social services, schools, local communities, the police, and the criminal justice system need significant funding to work together. Without imaginative and constructive work there is little hope that the county lines disease will be cured, and our children will continue to be failed by the state.