The Ministry of Justice (MoJ) has announced its long-awaited proposals for the 'accelerated items' of the Criminal Legal Aid Review. Following significant protest last summer, the MoJ finally accepted that there was a need to make some improvements in the system sooner than the intended end date of the review of late summer 2020. 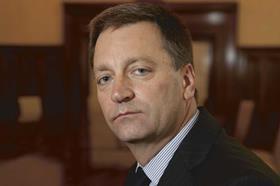 Let’s deal with one point up front. This is the first time in about 25 years that the MoJ has agreed to pay additional money to solicitors. Indeed, it is only 18 months since we fought off yet another £30 million cut via our judicial review. For that, the MoJ must be given some credit. But it is hardly surprising if a starving man reacts angrily when someone very precisely and deliberately doles but a single crumb to him.

The situation has not been helped by the fact that one of the three priority areas being looked at in the litigators’ scheme has not been able to proceed. It had been expected that additional payments arising out of the attorney general’s review of disclosure would form part of this package. But publication of the findings of that review have been so far delayed. Nothing for solicitors there.

There are two areas where additional payments have been proposed. The first is in relation to unused materials in Crown Court cases. The fee will be increased by the equivalent of one and a half hours’ work. In any case where you spend more than three hours on unused material, you will be able to make a special preparation claim for the time above three hours.

The second area is in relation to sent hearings. We argued that the removal of the committal fee was wrong. The work still had to be done and was not covered by any other payment. It was a pure cut that was completely unjustified. Moreover, because of the requirement now for an early indication of plea, litigators have to do more work and take on more responsibility. The ministry sought evidence from us as to what has changed since the payment structure was devised, and what additional work litigators have to do as a result of those changes. They refused to reverse the previous cut but agreed to pay the equivalent of two hours work at current rates to account for the additional work that litigators have to do.

There are also new payments for advocates. As well as payments in relation to unused material, advocates will also get additional payments for cases with an unusually high page count. For cracked trials, they will now receive 100% of the basic trial fee instead of 85%.

We had hoped that the 'accelerated items' package would deliver a clear message to our members that our constructive engagement with the MoJ was worthwhile, and that the Ministry understood the depth and the urgency of the crisis, and was ready to act now to address it. Sadly, our members could be forgiven for concluding that constructive engagement does not work, and that if they bet their economic survival on the MoJ seriously addressing the crisis, then bankruptcy is the more likely outcome for them.