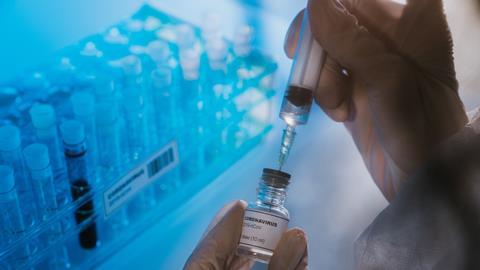 Dare to believe in white heat

Whether the messenger RNA vaccine which yesterday brought smiles to the face of newsreaders and sent stock markets soaring turns out to be a magic bullet remains to be seen. There are reasons for caution (and, in any case, magic bullet is a metaphor for something that doesn't exist). But the euphoria that followed the announcement of unexpectedly successful clinical trials is a welcome reminder of science and engineering as a force for good in the world.

Somehow, we have got out of the habit of thinking that way. For that, we can probably blame the reaction that set in after the space race, when it became clear that the engineering triumph of the Moon landings had little to do with problems on earth. We remember the 1970s as a time of dissillusionment with scientific progress and the embrace of catastrophism as a creed. A decade of Doomwatch, Seveso and Three Mile Island. If we agree with the late Hans Rosling that our views of the world tend to be set in the decade when our teachers were in high school, a great many of today's movers and shakers are stuck in the seventies.

Ironically, behind the fashionable perception, the seventies was a decade of extraordinary progress. It was when we eradicated smallpox. It was the climax of Norman Borlaug's Green Revolution, which would eradicate mass famine from Asia thanks to the promotion of dwarf high-yielding cultivars of wheat and rice. Thus our current confidence that we will be able to feed a population of 9.7 billion people in 2050. (If you still think the word's population is running out of control, check when your teacher went to school: the rate of growth has been declining since 1962.)

The 1970s also saw the arrival of two technologies crucial to yesterday's announcement. In 1971, Intel released the first microprocessor - a complete central processing unit on a single chip - which led the way to ubiquitous distributed computing. Then in 1977 Frederick Sanger invented a method for rapid genetic sequencing, or reading the ’letters’ of the genetic code. Genetic engineering was born. The symbiotic relationship between information and gene manipulation technologies is only now opening up a range of possibilities of which the mRNA vaccine - remember, this is a technique for creating whole new families of vaccines, not just (just!) for Covid - is only one.

Ah, but the seventies-nurtured sceptic will say, science and engineering is all very fine for hitting targets like a specific strain of virus or breeding a tougher strain of rice. But what about the really wicked problems we face as a species? For example, what possible magic bullet could there be against global warming?

It is true there isn't one. But there is ample evidence that a cultural disdain for, and ignorance of, scientific and engineering developments is holding us back from implementing one key element of a climate change strategy - the urgent need to end carbon emissions while enabling economic growth. The answer of course is nuclear power, but an irrational fear holds us back. One manifestation of this fear is the way we set double standards for new technology. We don't expect it to be just better than what we have, we expect it to be perfect. So nuclear energy, despite its record of harming in 60 years only a minute fraction of the numbers killed every month by coal and even more lethal wood-burning stoves, is judged against some risk-free ideal.

Much closer to home, it is this kind of irrational, muddled, progress-hostile thinking that bedevils technology-led attempts to solve the legal world's wicked problem: that of access to justice. As Richard Susskind never tires of pointing out in arguing for an online court, progress should not have to meet some Platonic ideal. It should merely be a measurable improvement on the creaking and unaffordable (to the vast bulk of the population) system we have today to be at least worth trying.

Perhaps if the mRNA vaccine does turn out to be a miracle of deliverance we will learn to be more welcoming to scientific progress elsewhere in our lives.

Nearly 60 years ago, a leader of Her Majesty's Opposition made a speech to capitalise on technological breakthroughs. 'The Britain that is going to be forged in the white heat of this revolution will be no place for restrictive practices or for outdated methods on either side of industry,' Harold Wilson told his party's conference.

If Wilson were speaking today, he would no doubt replace ‘industry’ with ‘the professions’. And he would be right.