Do not allow delays in family court to be overshadowed

It is often said that ‘justice delayed is justice denied’. However, lengthening delays in cases coming to court, especially in the family court, create problems beyond the mere denial of justice. 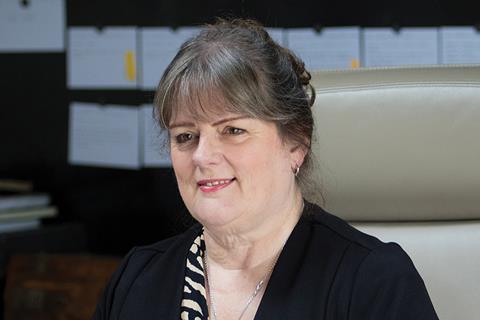 Quite rightly, the backlog of cases in the criminal court has attracted much attention. These delays have negative, even life-altering, impacts on victims, witnesses, and defendants. But what is the impact of lengthening delays in the less glamorous family court? This is a serious concern the Magistrates Association, on behalf of its members, wishes to bring to light.

These delays have a hugely detrimental impact on the families involved. Six months is already an interminably long time for a parent or caregiver to wait to hear decisions regarding the future care of their child. For a young child waiting for certainty on where and with whom they will be living, it is an eternity. An extra three months of waiting adds to the distress of all involved, especially for young and vulnerable children, whose welfare must be the court’s priority.

Magistrates work hard to protect children’s welfare, seeking to hear as many cases as possible in a timely manner so that safe, evidence-based decisions about children’s futures can be made. Though volunteers, magistrates are required to sit for a minimum of 13 days a year. Yet I have heard from my colleagues that family magistrates are regularly sitting that many times in a single month. Whilst the normal maximum of sittings in family court is 50 per year, in 2020, a temporary measure removed this limit.

We must be realistic about the pressures that magistrates face. Magistrates are dedicated to their role, and often feel obliged to take on numerous additional sittings; many feeling guilty for what they cannot do, rather than recognising the valuable contribution that they make.

The latest statistics show there are 13,177 magistrates across England and Wales, a decrease of 48% since 2012. There are simply too few magistrates to handle the workload. With sittings being so high in some areas, volunteering as a magistrate is often not feasible for many younger magistrates who are already balancing careers and family life. This poses challenges to recruiting a younger, more diverse magistracy. It also places a greater burden on older magistrates to sit more frequently. This growing workload has a potentially negative effect on morale and the retention of even the most dedicated magistrates.

Raising the retirement age for magistrates will relieve some of the pressure but it will also increase the average age of the magistracy. We need to not only increase the number of magistrates, we need to increase the magistracy’s diversity to ensure that it better reflects the communities it serves. Properly resourced recruitment, targeted at those from diverse backgrounds, will help resolve both issues.

Action is needed to tackle these delays. Recruitment of more family magistrates is only part of the answer; the government must also adopt a cross-agency approach to tackle the causes of delays throughout the family justice system.

We must not let the crisis in the family courts be overshadowed by the Crown court backlog. Everyone involved in the justice system deserves timely and efficient justice. We must act to ensure that our family justice system meets its targets, does right by its staff and magistrates, and, above all, that it protects the interests of the families and children that it serves.

Bev Higgs JP is national chair of the Magistrates Association