As I approach the end of my two-year seat on the executive committee of the Junior Lawyers Division of the Law Society, I find myself in a reflective mood. I heard once that the world is run by 30-year-olds – people in their 20s are generally more inexperienced, and people in their 40s and 50s pass work down. That is probably true, and members of the executive committee are no exception. However, they are exceptional. Over the last two years, I have had the privilege of working with a group of incredible individuals. Every one from a different background, but every one special, driven, intelligent, capable. Honestly, I do not know how I ended up on the committee and often wonder if there may have been an error. But here I am, and as I finish my tenure, at the end of a bizarre two years I am forced to compare the junior lawyer world as it was then, to how it is now. 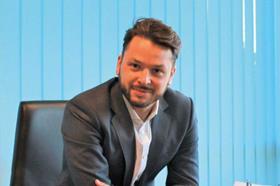 You can tell that, as I write, I am circling several themes, none of which have I yet landed upon. Perhaps there is a theme in that – in a way, we have all spent the last two years circling and never landing. I do not  know anyone who has not been ‘slammed with work’, but at my first face-to-face event in 18 months the other weekend at Middle Temple, I realised the last time I had seen some committee members in person I was two years younger. So in a way, much has happened, and yet nothing has.

But running on a treadmill can still be valuable. By being forced into introspection, we have naturally learned a lot about ourselves. We have become better lawyers and better people. We all joke about ‘if I have one more Teams meeting’, but the prevalence of video conferencing is a demonstration of the indomitability of our team spirit. Many people say what we have just gone through is the greatest upheaval they will face in their lifetime. Looking at the significant threats posed by climate change I am less optimistic, but it has been undeniably challenging. And that challenge has forced us to be more collaborative, even with our worst opponents. If we all call it a skylight, nobody can call it a collapsed roof.

So I am not going to bang on the drum of ‘the SQE isn’t necessary nor fit for purpose’ (although in my opinion it isn’t on either count and the long-term damage it will cause to the perceived quality of UK lawyers internationally will be significant. I still have not found out whose bright idea it was.). I am not going to try to sell you tickets to an event (although I do highly recommend JLD events). I am simply going to point out that, when the doors closed, the conversations opened. The world has changed, and for the better. Let us embrace that and maintain it, and not slip backwards through complacency.

I am working on a case in which I am deploying arguments on relational contracts; a relatively new area of commercial contract law that says parties owe each other obligations of mutual trust and good faith – endorsed by Lord Leggatt, who is primarily responsible for commencing this modern way of assessing contractual relationships from his time sitting in the Court of Appeal (and who also gave the recent judgment of the Supreme Court in the Uber case, which contains similar principles in recognising the rights of workers).

The way we work, both outwardly and internally, is changing. I have recently become a consultant, operating through both my previous firm and Nexa. Both are forward-thinking and effective businesses that have embraced change and made it work for them. As we move out of lockdown fully, the flexibility posed by new models of working will grow in prevalence, and everyone will be better for it.

As perhaps the most famous Middle Temple lawyer once said, ‘if we could change ourselves, the tendencies in the world would also change’. As our new collaborative era begins, we can remember that we work in the greatest legal jurisdiction in the history of the world. Let us keep it that way.