Equality is taking too long

Women working in the law remain highly sceptical about the pace of change in the legal profession, with only 2% believing there is true equality for women and 80% predicting it will take at least 20 years to achieve. 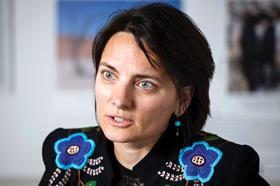 Significant numbers are still experiencing harassment in the workplace and are finding their workplaces are failing to accommodate the realities of family life.

These were the findings of a survey exploring the experiences of women working in the legal profession today, commissioned by the First 100 Years project as part of the celebrations marking one hundred years of women practising the law.

The survey of over 700 solicitors, barristers and other women working in law presented a mixed picture. We heard many stories of organisations making positive changes but also worrying reports of women being treated unlawfully by their employers, with many leaving a profession that they feel does not work for them.

Some 58% of women surveyed said they or women they worked with had experienced inappropriate comments from male colleagues relating to their gender. Almost half reported that either they or one of their colleagues had not complained about discrimination for fear of the impact on their careers.

'Women in my workplace are routinely discriminated against, harassed and then forced into silence if they complain,' stated one law firm associate. 'Diversity and "women’s initiatives" are PR orientated – my firm is a supposed leader in these areas on paper, but it is a completely different story in practice.'

Men were still seen to dominate at the top with 52% agreeing that it is still easier for men in their organisations to achieve a promotion than women. Less than half felt women were fairly represented in the senior management of their organisation.

'Gender discrimination is rife,' explained one partner. 'The "boys' network" remains in full force, excluding women from networking opportunities and bullying them so that they feel inadequate and incapable."

Many employers are still failing to accommodate the realities of family life and this continues to hold women back. 28% say they have considered leaving their job due to a lack of flexible working and 39% say their working hours are not compatible with family life. For the majority, working part-time is an option seen to have a big impact on their career prospects.

'My experience is that part-time female lawyers trying to juggle work with family life are consistently not recognised for loyalty, flexibility and hard work,' said one partner. 'We are overlooked for promotion as we often don't have the time for self-promotion and are penalised for a perceived lack of presence.'

There are positive stories of firms that are turning things around, showing that progress is possible.

One partner at a large national firm said: 'I am proud to work for a firm which has given me the opportunity to work flexibly and supported me through the route to partnership whilst working part-time and encouraging me to continue to do so.'

A solicitor responded: 'The partners in my firm have been very supportive of me. I was always told that it wasn’t possible to do this job part-time but here I am working three days a week, with flexible, agile working and term time only, so that I can spend quality time with my three young children.'

So clearly many organisations in the legal world are succeeding in creating an acceptable working environment, in which discrimination and harassment are not tolerated and family friendly working patterns are at least a possibility.

This is proof that it can be done, yet it is clear that 100 years after women were first permitted to practise, they are still being held back. Progress is proving stubbornly slow so what can we do to achieve more rapid change?

Having more women at the top would make a real difference. Many of the firms achieving positive outcomes for women had more women in management positions.

The culture and attitude towards women that evidently still exists in some corners of the legal profession means that this is not going to happen organically. I believe that quotas are necessary as it is clear that self-regulation doesn’t work and will only take us so far. Change sometimes needs to be forced.

I would like to see all parts of the legal profession coming together to work on this diversity problem. We need the legal regulators along with the Bar Council, Law Society and Chartered Institute of Legal Executives working together to come up with solutions that tackle it head on.

We need to see real action so that achieving equality doesn’t take another 100 years.