Many reading this will think 'the legal profession - our profession - is not racist. After all, 21% of our members are from the BAME community - higher than the national average of 13%'. 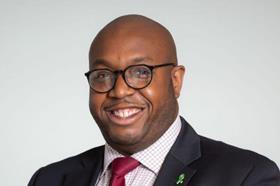 This is true, but these figures do not mean racism isn’t prevalent.

When you accuse someone of being racist it is often a knee jerk reaction to be defensive and start rolling out various tropes and figures like the above. This does not help.

Rather than telling us what our experiences are, or saying that we are not right to challenge, we need to investigate, listen and take action. It’s not possible to take action when as a profession, and a society, we are in denial that racism exists.

Black Lives Matter has been on everyone’s minds since George Floyd’s murder on 25 May 2020. Since then, we have seen protests on both sides of the pond, slave owner statues pulled down and people calling for injustices to stop and for issues to be addressed.

I write this article as a black Muslim male who came from Stratford. I knew from the age of 16 that I wanted to be a lawyer, but I had no idea how difficult it was going to be to get when I got into the profession.

The Stephen Lawrence trial introduced me to people like Imran Khan, the Damilola Taylor trial to Dr Courtnay Griffiths QC – who inspired me to want to make the leap into law.

Not going to a red brick university meant that I would apply for vacation schemes or training contracts but would regularly get knocked back. At university I was told to join a number of extra activities to improve my chances of being accepted into these schemes and obtaining a contract. I became a member of the youth parliament for Newham, part of social action projects that made changes in my local community and the first black president of my student law society at university, but none of this had an impact.

When I finally entered the profession in 2010, the black partner I worked under told me: 'Umar, you need to work 10 times harder than everyone else, you need to do double your chargeable hours each week, make sure you bill double your targets as that is how you will get a training contact'. My white contemporaries didn’t receive the same advice.

Within 10 months I got my training contract and qualified in 2012. At this point, I had achieved my life ambition and thought I would work up to becoming partner and then becoming a judge.

10 years later I am now considering leaving the profession. Why?

Because I have had enough of being held down, held back and working 10 times as hard to get to the same place as my white peers.

I left my first firm because, after 4 years, I had consistently been the best performer in the department but my pay rise requests were consistently denied. I moved around a bit for the next six years and finally, in October last year, I suffered a complete burnout. The burnout came as a result of years of stress levels, hard work and being unable to break the glass ceiling of reaching partnership.

My conclusion was that it had to be because I did not look like the people in charge.

People will often say that’s not the case, but sadly and especially for those of us who are black, the roadblocks we face are sometimes insurmountable and people end up leaving the profession. Micro aggressions are part of everyday life - being labelled aggressive when you are assertive, being asked where are you 'really' from.

I am not saying that each individual within the profession is racist, far from it, but the system is set up in a way that it makes it inherently difficult for people who look like me to not get too far ahead.

For example, if you are in a firm which is predominantly white, particularly at leadership level, and you do not share the same interests, it is difficult to break through. Enjoying things like golf, theatre, ballet, all of which are quite expensive, can be unattainable if you come from a lower social economic background. If you don’t have the means to relate to people in this way, you are at a disadvantage and that’s not withstanding the colour of your skin as well.

People will invariably want to share a table with people who look and sound like them because it is comfortable, but we must be uncomfortable to see real change.

I worked in mental health law my entire legal life and represented some of the most vulnerable people in society, a lot of whom came from BAME backgrounds, and I see the level of injustice and inequality that they face in the health profession.

This, alongside my own experiences, has given me some insight into what I think should change:

1. Start having the conversations about race and racism in your organisations, firms and the judiciary. Listen to and hear what people are saying on these issues and be ready to take action. Don’t take part in performative actions but do nothing of substance to address the problem.

2. Make efforts to start having more black people and persons of colour generally involved in the upper echelons of the law. People will say we don’t want to have quotas or affirmative action and I agree. I guarantee you that the same people you are speaking to about diversity and inclusion in your firms and asking for their input are the same people that if given a chance and opportunity, could really drive change and truly make your firm diverse and inclusive.

3. Finally let’s eliminate the term BAME. It is not helpful and makes it seem that all ethnic minorities are the same. We are not. By eliminating the term and understanding the issues we face in our respective cultures and races, we can have a true understanding of what needs to change.

I truly believe the legal profession can be an example to other industries and professions. I feel this coupled with the work that has begun around the gender pay gap, will allow for real conversations and change to happen in other aspects of the profession such as the ethnic pay gap, issues around maternity and paternity leave.

Only once we do this will programmes on diversity, inclusion and intersectionality create real change.

Umar Kankiya is a mental health lawyer with over 10 years’ experience. He runs his own consultancy Kank Speaks Legal Ltd in which he offers advice and assistance on mental health, communications and politics matters