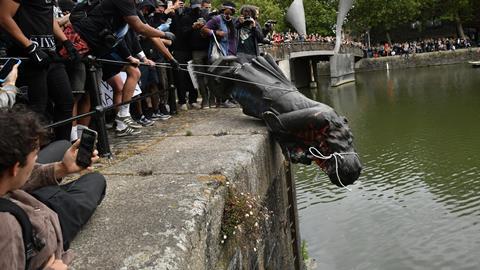 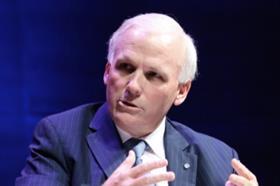 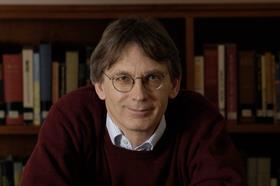 A few weeks earlier, the UK prime minister issued a similar threat. 'I will not support or indulge those who break the law,' Boris Johnson said. 'If you want to change the urban landscape, you can stand for election or vote someone who will.'

French president Emmanuel Macron also addressed his nation. 'The republic will unbolt no statue,' Macron said in a televised address. France would 'not erase any trace or any name from its history'.

Since the killing of George Floyd and the increased activism of Black Lives Matter, statues and monuments that gathered moss for decades have attracted public rage. They are toppled, torched, dunked.

Attacks on stone effigies is hardly new, of course. In ancient Rome, public memory of unpopular emperors was erased by senate vote with a damnatio memoriae, which saw their statues toppled, inscriptions effaced, histories rewritten. The French Revolution re-scripted the country's heritage landscape. Following the collapse of the Soviet Union, thousands of statues of Marx and Lenin were removed or destroyed. In Ukraine, it was known as Leninopad, or Lenin toppling. Now, statues of colonialists, like Cecil Rhodes, and slave-traders, like Edward Colston, are falling along with monuments to Christopher Columbus and Confederate soldiers. The game of stones has gone global.

For the past three years, since the tragic death of a young woman during a violent protest over an equestrian statue of a Civil War general, in Charlottesville, Virginia, an international task force, chaired by Baroness Prashar, a cross-bench member of the House of Lords, has monitored more than 160 disputes over statues, street names, and monuments around the world. The 250-page report, 'Contested Histories in Public Spaces,' will be published in the coming weeks, but in light of the recent statements by Trump, Johnson and Macron, we thought it might be useful to offer a few lessons learned from others' experience.

First, if there is a problem with your statues, there tends to be a problem with your society. By their very nature, statues and monuments impose a collective narrative of a nation’s sense of self on public spaces. When four Confederate statues were erected in the city of Baltimore in the early 20th century, the city had a majority white population.  Demographics have shifted. It does not take much imagination to understand that a statue of Confederate president Jefferson Davis does not belong in a city with a majority black population. The same applies to political transformations. It’s understandable why a statue of a Red Army general in Prague might cause outrage or one of a French colonial governor in Senegal. Times change, people change, statues don’t. And that can be a problem.

Second, it is important to anticipate change and respond before historical legacies in public spaces become a problem. The city of Vienna undertook a thorough inventory of historic liabilities of street names. Of 4,400 streets, squares and bridges, they discovered 159 named after individuals with Nazi or anti-Semitic affiliations. Narrative plaques were added to clarify the legacies of the most egregious. In Australia, James Cook's 'discovery' of the continent in April 1770 was contested by Indigenous peoples. 'No Pride in Genocide' as scrawled on Cook statues. In anticipation of the 250th anniversary this past spring, the government financed a counter-monument commemorating the Indigenous experience. The prime minister office saw the anniversary as 'an opportunity to reflect on our shared history, celebrate the legacy of the world’s oldest continuing living culture, and understand the origins of modern Australia'.

Third, keep your laws apace with the times. There is little you can do to protect stone monuments against mass political or social movements. Laws tend to be overridden or written over by politics or the populace. Five years ago, in April 2015, the University of Cape Town removed a statue of Cecil Rhodes in response to mass student protests, but in direct violation of heritage protection laws, introduced as part of Nelson Mandela’s post-Apartheid reconciliation efforts. This week, in the Unites States, a new law comes into force in the Commonwealth of Virginia, following November 2019 elections that saw the Democrats take majority control from the Republicans in the State Assembly. The legislation, Senate Bill 183 and House Bill 1537, states that a 'locality may remove, relocate, or alter any such monument or memorial, regardless of when erected', reversing a state law that has kept more than 200 Confederate statues firmly bolted. The mayor of Charlottesville has already announced plans to relocate the city’s fiercely disputed statue of Robert E. Lee.

In brief, watch your statues. If they’re in trouble, you may well be in trouble. On summer day in July 1776, a crowd gathered on the Bowling Green, in the British colonial city of Manhattan, around an equestrian statue of King George III, which had been erected six years earlier as a gesture of appreciation for the repeal of a tax law. They toppled the statue, broke it apart, and, according to meticulously kept records, melted the lead into 42,088 musket balls. No one seemed to care about the tax law.

As with the erasure of Soviet legacies three decades ago, the assault on the topographies of former slave-trading nations suggests a significant shift in society. It also raises fundamental questions about appropriate means for re-scripting urban landscapes, but also our understanding of representation in a representative democracy.