Give magistrates the benefit of the doubt

I respect so many of the lawyers who appear before me and am truly impressed by their ability to apply the law logically and accurately, manage their clients, and argue their case cogently and persuasively. Unfortunately things do occasionally go wrong in court and I hope you’ll take these thoughts - from a magistrate’s perspective - in the spirit they’re intended, about how we can best work together harmoniously and efficiently.

Benches arrive in court at 10am and 2pm never sure quite what level of order or chaos they will find. The least that we expect is for the lawyers to be in situ, ideally fully prepared for what lies ahead. All too often, though, we are greeted by an eerie silence and, apart from the legal adviser and list caller, a deserted room.

It’s simple good manners for everyone to be in place when we arrive to update us on the status of the impending trials, and ask for more time if necessary. We fully understand that lawyers are generally chasing around the building searching for their late or non-arriving clients and witnesses but, at the very least, leave a message with the list caller so that we know what’s going on.

We were all in court at 2pm for a trial, recently, and raring to go. All except the defendant and his lawyer who strode into court at 2.09pm without a hint of an apology or explanation for their tardiness. The lawyer said he needed time to take instructions, which should have happened at 1.30pm at the latest. I stared balefully at him and gave him a few minutes’ grace. But there was more. The prosecution relied on admissions in a lengthy BWC interview, which was served on the defence weeks previously. The lawyer shrugged his shoulders, said that he was only instructed yesterday, and couldn’t view the footage last night, as he didn’t possess a laptop that could play it. Not a reply that endeared him to the bench and the net result was further delay and a part-heard trial. 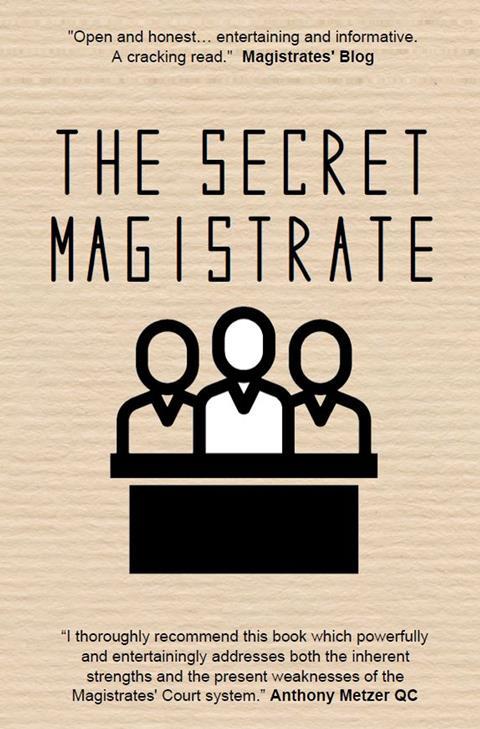 Beware the siren song of advocates eager to complete their workload before lunch who beg us to call on their case at 12.55pm. 'It’s simple and straightforward and won’t take long,' is their invariable entreaty. I’ve been bitten so often, and keep a mental checklist of those miscreant lawyers who’ve kept us back the longest. ’Never again’, I vow – until the next time.

Magistrates are not perfect – far from it - but please give us the benefit of the doubt. We are unpaid volunteers, taking our job seriously and doing our best and just because you had a bad experience with one bench doesn’t mean that you should prejudge the next. In a recent directions hearing counsel stood up, gave me a witheringly patronising look and requested a district judge for the final hearing as: 'Most benches would be unable to grasp what this case is about.' Let’s just say that I was unimpressed by his lack of courtesy and respect.

A pet hate is when prosecutors persist in referring to the 'victim', a factually incorrect and prejudicial term before a case is decided, rather than 'complainant' or 'alleged victim'.

Please don’t fill in the PET form in clear sight of the bench before the allocation process takes place. You might well think that magistrates’ courts work better and more efficiently without magistrates but don’t make it so obvious. It might well end up as a summary trial but please allow us to go through the motions and do our job.

Providing persuasive and relevant mitigation is a real skill. Most defence lawyers put a favourable spin on what they are instructed to tell us and walk a tightrope without veering from the truth or attempting to pull the wool over our eyes. And why not, as they’re simply doing their best for their client. One exception is the redoubtable Ms Y, an advocate at our courthouse who is invariably brief, blunt, and brutally to the point. She’s been known to tell the bench that her client behaved like a total idiot, has no excuses except for his lack of common sense and maturity and fully expects and deserves what’s coming to him. She tells it exactly as it is and I wonder if her searingly honest approach results in more lenient sentences?

Others don’t take sufficient notice of pre-sentence reports. I simmered through a desultory speech by a lawyer who had evidently not done her homework. Her opening gambit was to recommend with a flourish that we give her client a short prison sentence, seemingly without realising that probation had recommended a community order and that the offences did not cross the custody threshold by quite a wide margin. Not her finest hour.

Another barrister, mitigating for a client guilty of possessing a bladed article, confirmed that we had read the PSR and then began explaining why his client was unsuitable for either a curfew or unpaid work. Eventually I interrupted his flow by asking if he intended to try to persuade us not to send his client to immediate custody as this appeared to be the obvious priority. This did not go down well with someone who blithely assumed that we had agreed to follow the PSR.

Finally, I heartily endorse the approach of Mr D, a defence lawyer at our courthouse who every Christmas kindly leaves a large, mouth-watering gift box of Quality Street in our retiring room. 'Does he really think that we can be bought so cheaply?' I think, my mouth full of Caramel Swirl. Of course not.

The Secret Magistrate, published by Hawksmoor, is available at Amazon and at TheSecretMagistrate.com