Grayling just didn’t get it

There’s more to the sorry saga of the criminal courts charge than a dud policy implemented by a hapless lord chancellor. 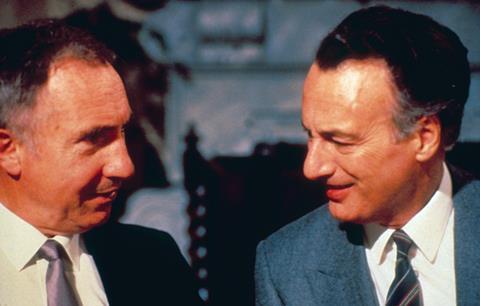 The bars of Essex yacht clubs, particularly those with a ‘Royal’ tag to their name, are not usually hotbeds of radical dissent and liberal thought. So, when a former Commodore, a commercial solicitor of some repute, expresses over a post-race pint his outrage at the criminal courts charge, you know that ministers are in trouble. ‘It’s as bad,’ said the sailor in a rather telling analogy, ‘as getting a condemned man to pay for the bullet that kills him.’ In recognition of this, the lord chancellor may well be preparing a retreat even now. But there is more to this sorry saga than regret at a dud policy implemented by an unlamented predecessor.

The criminal courts charge was introduced by the Criminal Justice and Courts Act 2015. The level of the charge is prescribed in the Prosecution of Offences Act 1985 (Criminal Courts Charge) Regulations 2015. Unless the lord chancellor exempts any offence, a criminal court must make an order against all adult offenders. The amount cannot, by statute, be remitted or reduced at the point of sentence even if a defendant is detained in prison. The amounts of the charge vary from £100 after magistrates’ court proceedings for breach of a community order or suspended sentence to £1,200 on conviction at the Crown court after jury trial.

A factsheet produced to accompany the bill proposing the charge contained the rather charming admission that collection of the charge might be a bit problematic: ‘We recognise that more must be done to improve the collection of financial impositions and we are in the process of contracting out our Compliance and Enforcement Service. An external provider will bring in the necessary investment and technology needed to help increase fine collection, reduce enforcement costs and importantly ensure more criminals pay.’

A policy like this lies in the back pocket of every senior civil servant who has come of age after the initial series of ‘Yes Minister’. It has a specific purpose. The civil servant produces something that daringly encapsulates the minister’s policy. Who could argue with offsetting bothersome court costs from convicted criminals? The minister is delighted. But, we are only at half time; the show goes on. The minister slowly realises that this manifestation of his policy is bonkers and, with assistance from a wise Sir Humphrey, steers the ship back on course – to accompanying cheers for both. The problem here is that Chris Grayling didn’t understand the rules. He really thought this was a winner.

Michael Gove can tell him otherwise. You can’t get blood from a stone and you have as much chance of getting criminals to cough up money. They either can’t or won’t pay – it does not make much difference.

The minister knows the limits of privatisation. No pot of gold lies at the end of that rainbow. The provision is unprincipled and illogical. Why go to all the trouble to calibrate fines to income when the charge itself is non-negotiable and, for lesser offences, manifestly disproportionate? Every week another magistrate resigns over the policy’s inanity – over 50 have gone so far. Hard luck stories keep emerging. And – something which may tell more for Gove than the hapless Grayling – how humiliating to incur the continuing contempt of the senior judiciary, a group from whom a secretary of state might aspire to some mutual recognition of intellectual ability.

So, this is a bad policy. But, even if repealed or amended, it reveals deeper issues.

First, the role of lord chancellor is different from any other secretary of state. The office provides what used to be called ‘the hinge’ between the judicial, executive and legislative branches of government. The Blair government was probably wrong to pass legislation that did not require the secretary of state to be a lawyer and we should revisit that.

Second, we need to codify more elements of our constitution and set out more principle. A convicted defendant is now potentially hit by a confusing mess of different charges. They need to be brought together as one and the overriding principle of proportionality enshrined in the constitution.

Third, politics needs to move on from its blinkered concern with savings. All political parties need to look at all departmental expenditure, including that on justice, and explain what are their aims and their plans to achieve them.

Finally, it is terribly inconvenient, but actually courts and judges have a public function for which public funds should be found. Wheezes for shifting the cost to lawyers or defendants are, beyond a point, unworthy. Mr Gove might want to note that, when the chatter in the yacht clubs reaches a certain pitch, a wise politician runs for harbour.