Both my parents arrived in London as Jewish children early in 1939 on the Kindertransport from Germany. My mother’s parents soon followed, but my father never saw his parents again and we know that they were murdered in about 1941. My father’s war ended with him serving in the intelligence corps of the British army, in Germany, dealing with those who had persecuted him. My parents very rarely spoke about their experiences and losses but as a child I knew that my father bore a scar on the back of his head from being beaten up on Kristallnacht, and I would on occasion see him crying silently when a piece of music was on the radio which his mother used to sing. 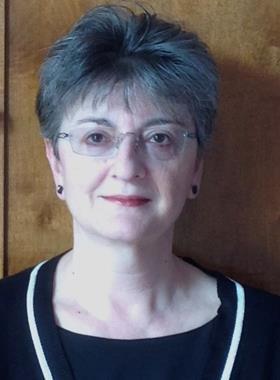 Now in her 90s my mother still puzzles over how her two German best friends behaved towards her shortly before she left the country; my mother was on the way to the dentist and one friend coming towards her crossed the road to avoid her; the other chose to walk with her all the way, despite my mother’s anxiety about any repercussions for the friend.

I was brought up to be very proud to be British, and grateful to the country which made my existence possible. My parents had a social circle which included many people with similar backgrounds to theirs, and I have seen the contribution these people, and now their children and grandchildren have made professionally and to their communities: there have been many teachers, doctors and lawyers, civil servants as well as businesspeople. There was always an assumption that it was important to give something back to the country which had given us so much, and my parents, and many of their friends worked for charities or voluntary organisations in their spare time.

I recall the revulsion with which my parents reacted to the 1968 'Rivers of Blood' speech by Enoch Powell in 1968; we knew where racism lead.

There have, of course, been further genocides since the Holocaust and refugees have again turned to this country and elsewhere for sanctuary and the chance to start a new life. It is so important to remember and learn from what happened in the 1930s and 1940s so that we can try to prevent such horrors occurring, and to recognise the plight and the potential of those who flee genocides, wherever they occur.

I also think that remembering and thinking about the Holocaust inspires us to identify and challenge racism today, wherever it festers. It is a virus which is always with us and which should never be allowed to spread. One of the joys of being a judge at Central Family Court is the diverse mix of people who work here; similarly the solicitors and barristers who regularly practice in this court reflect to some extent the multiracial London population whom they represent. It is wonderful to work with gay lawyers and judges who no longer have to worry about prejudice on a daily basis. Some Asian and black lawyers are becoming judges but it is clear that we must work harder and differently to ensure that more of our talented black lawyers become judges, and senior judges, which will benefit everyone.

I did my articles with Henry Hodge who took on many employment cases on behalf of the Commission for Racial Equality, as it then was, and I saw the demoralisation and misery imposed on people by being racially discriminated against at work. Henry taught me how to translate my feelings about racism and discrimination into my work as a solicitor. I have specialised in family law, as a solicitor and then a judge, for some 33 years now and my family background has made me particularly value family life, and to be alert to the suffering of those who have been abused; bullying, whether it is in the home in the form of violence or coercive control, or at work or out in the street, has always seemed to me the thin end of the wedge.

My father died just before I qualified as a solicitor, but I remember his pride and pleasure in my chosen career, and that of my sister who became a teacher. I want the children of today’s refugees to have the opportunities I have enjoyed, and to be able to become the solicitors, judges and teachers of tomorrow. I know that their whole lives will be affected by what they and their families have experienced: I am still haunted by the Holocaust and always will be; but there is every reason to believe that they can live happy and successful lives, and contribute to this country.

Lawyers, in my view, have a unique role in England and Wales in ensuring that fascism and racism never have the chance to develop. Every day I see lawyers arguing for the rights and interests of people, whilst following ethical and professional codes which protect us all. My fellow judges are free to make their decisions on the evidence, and according to law, without interference. From the point of view of a daughter of refugees from the Holocaust, these are principles to be cherished and nurtured.