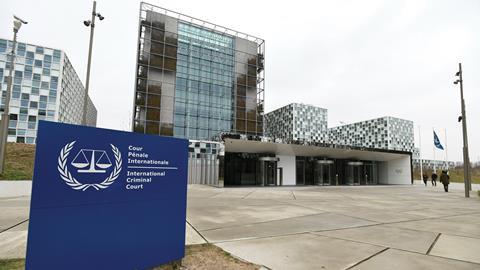 ICC's Palestine ruling is a threat to international law

The decision of the International Criminal Court’s three-judge ‘pre-trial chamber’ last week confirmed the view that the Hague-based court has succumbed to the dangerous politicisation of international legal institutions. All pretence has been dropped.

Established by the Rome Statute in 1998, and charged with bringing the perpetrators of mass atrocities to justice, the court suffers from an abysmal record. In 2012 it was resoundingly criticised for spending nearly a billion US dollars and taking 10 years to deliver its first judgment and matters have only worsened since then, with an independent expert review culminating in a damning report in 2020. The abandonment of any façade of adhering to the international rule of law must surely now be the final nail in the court’s coffin.

Over a year ago, ICC prosecutor Fatou Bensouda requested confirmation of the court’s territorial jurisdiction with respect to her proposed investigation of Israel and the Palestinians. Given that Israel is not a State Party to the Rome Statute, the prosecutor’s question turned on whether the Palestinian Authority, which purported to join the Rome Statute in 2012, constitutes a state for the purposes of the court’s founding treaty and, if so, the extent of its territory.

This question necessarily involved consideration of the most fundamental principles of public international law, including the legal criteria for statehood. The chamber was warned off wading into the political quagmire of the prosecutor’s approach, which sidestepped the law. Seven ICC member states (the Czech Republic, Austria, Australia, Hungary, Germany, Brazil and Uganda) and numerous experts in international law provided amicus briefs, strenuously objecting to the prosecutor’s claims of jurisdiction.

The jurisdiction of the court can be delegated to it by the states involved in any matter that comes before the court. In accordance with Article 12 of the Rome Statute, this occurs either when the state becomes a party to the treaty, or when it otherwise accepts the jurisdiction of the court in a matter. The state of Israel is neither a signatory to the Rome Statute, nor has it accepted the ICC’s jurisdiction in this matter; there is therefore no delegated jurisdiction for the court to assume. And yet, the decision of the majority determined that jurisdiction exists through a combination of intellectual acrobatics and the wholesale refusal to engage with arguments raised by amici, and even by the chamber’s presiding judge, Péter Kovács, in his detailed and rigorous 163-page Dissent.

Judge Kovács did not hold back in his criticism of the majority’s decision. In his dissent, the Hungarian judge stated, 'I find neither the majority’s approach nor its reasoning appropriate in answering the question before this chamber, and in my view, they have no legal basis in the Rome Statute, and even less so, in public international law.'

The majority swept aside international law concerning statehood, which requires the existence of a permanent population, a defined territory, effective government and the capacity to carry out foreign relations. The lack of care for consistency by the majority is simply extraordinary. Having, for example, stressed the importance of a textual interpretation of the Rome Statute, they proceeded to selectively quote Article 12 in their ‘textual analysis’. This 'surprising' approach to 'wilfully disregard' parts of the text was also called out by the presiding judge.

Perhaps, most astonishingly, the majority stated in clear terms that they would not engage at all with certain legal arguments, including as to the applicability of the 1995 Oslo Accords. By English public law standards, such a refusal to take into account, or engage in any analysis of, fundamental issues would amount to Wednesbury unreasonableness.

Ultimately, the decision is a political one for three reasons. First, the question of jurisdiction is what separates judicial bodies from political ones, and by sidestepping the absence of proper jurisdiction here, the court has placed itself firmly in the political camp. Second and concurrently, the majority judgment ignores international law and eschews legal analysis which a court would be expected to apply. Third, the decision employs political instruments to justify its approach in order to avoid a legal assessment of the issues; it relies on UN resolutions, policy statements that reflect the interests of the states that voted for them and, crucially, do not have legal force.

For the court to be wielded as a political tool in this fashion also pushes peace backwards, in particular at this moment of rare progress in the Middle East with unprecedented normalisation agreements between Israel and the Arab world. That this enormous stride away from a rules-based global order has been enthusiastically welcomed by Hamas, internationally recognised as a terrorist group, ought to be a sufficient warning.

We are witnessing the weaponisation of international judicial bodies for political gain. It is something which ought to concern all human-rights-protecting democracies around the world. The double standards which start with Israel are unlikely to end with Israel.

Natasha Hausdorff qualified as a solicitor at international firm Skadden and is currently a barrister at Six Pump Court Chambers and a director of UK Lawyers for Israel, which submitted an ‘amicus brief’ on the question of the ICC’s jurisdiction.