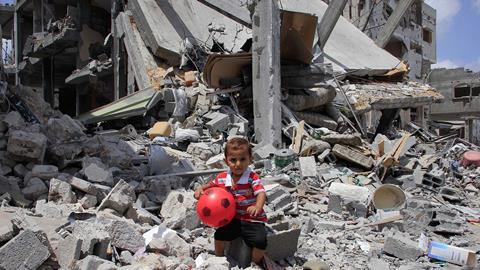 ICC is the only realistic forum for justice on Gaza

In the summer of 2014, Lawyers for Palestinian Human Rights worked closely with its partner based in Gaza, the Al Mezan Centre for Human Rights, to examine acts of military force in Gaza; its emblematic feature being that dozens of families were killed and maimed by targeted military attacks against family homes for the duration of Israel’s military offensive between 7 July and 26 August. 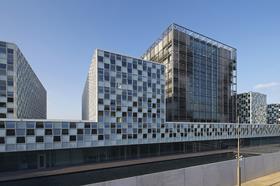 On 5th February 2021 the International Criminal Court issued a decision confirming the ICC prosecutor’s clear and cogent position that the court has territorial jurisdiction over Gaza, the West Bank and East Jerusalem. This decision, prompted by the prosecutor’s request for a ruling on the question of jurisdiction, is a vital step towards achieving legal accountability and justice for the many victims, survivors and their families of alleged serious international crimes perpetrated by Israeli forces and their military and political leadership.

This ruling opens the way for a formal investigation, as the prosecutor concluded in December 2019 that: 'There is a reasonable basis to believe that war crimes have been or are being committed in the West Bank, including East Jerusalem, and the Gaza Strip, and the prosecution has identified potential cases arising from the situation which would be admissible.'

However, the prosecutor has yet to make a crucial determination on the genuineness and scope of Israel’s own investigative processes vis-a-vis the 2014 hostilities in Gaza.

On the sixth anniversary of the attacks on Gaza, LPHR and Al Mezan issued a statement on behalf of victims, survivors and their families, respectfully calling upon the prosecutor to make the necessary determination that Israel is demonstrably unwilling to undertake genuine investigations, and accordingly the ICC itself must investigate these alleged crimes.

Following the Pre-Trial Chamber’s seminal decision, it is imperative for the prosecutor to make the only determination that she could do based on the facts, which is that alleged serious international crimes committed by Israeli authorities within the context of 2014 hostilities in Gaza shall be included within the scope of her now imminent investigation.

Our call to the prosecutor is based upon empirical evidence of the systemic impunity deeply embedded within Israel’s military investigation processes, based on years of working relentlessly on behalf of victims, survivors and their families to pursue accountability for clearly apparent and serious violations of international criminal, humanitarian and human rights law. It also reflects the words of the UN independent Commission of Inquiry into the 2014 Gaza Conflict:

'The commission is concerned that impunity prevails across the board for violations of international humanitarian and human rights law allegedly committed by Israeli forces, whether it be in the context of active hostilities in Gaza or killings, torture, and ill-treatment in the West Bank.'

The recurrent alleged serious violations that have egregiously harmed thousands of civilians in Gaza over the years without distinction - men and women, boys and girls, the elderly and people with disabilities - must be met with an effective accountability deterrent that only the avenue of the International Criminal Court can realistically provide at this time.

The preamble to the ICC Statute declares its goal to 'guarantee lasting respect for and the enforcement of international justice'. We firmly encourage and expect the Office of the Prosecutor and the International Criminal Court to act in full accordance with this imperative, without fear or favour, in the context of the situation in Palestine.