In defence of DJs

For those of you who have already read my book and concluded that I wrote it purely in order to settle scores and take cheap shots at other members of the judiciary this article may come as a surprise. Perhaps I am going soft, as I am simply writing it in order to pay tribute to a largely unheralded, unknown and undervalued sector of the judiciary – namely district judges. 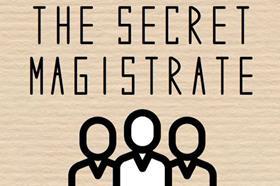 Prospective magistrates ideally have to observe proceedings at their local magistrates’ court before their initial interview. All too often when the candidate is asked by the panel to describe how the bench worked and interacted, they talk with a bemused expression on their face, about a bench of only one, having never previously heard about the existence of DJs.

Being the anorak that I am, I try to pick the brains of other presiding justices who I admire and respect, but it is also particularly eye-opening and illuminating to sneak off and watch a district judge in action. They are lawyers and experienced, full-time, professional judges who run magistrates’ court proceedings on their own, assisted only by a legal adviser or court associate. They follow the Venne criteria and hear cases that are expected to last over two days or which involve more complex points of law, evidence, or procedure. High profile or sensitive cases, or those involving terrorism, extradition, and state security are reserved for district judges as well, who also handle their fair share of the common or garden cases that we see every day in a magistrates’ court.

They invariably work far quicker than magistrates, as they are judge and jury (if not executioner) all in one, with no need to consult with any colleagues before reaching a decision. Back in 2001, in his report on the criminal justice system, Sir Robin Auld stated that, 'District judges because of their legal knowledge and experience and because they sit alone, are significantly faster and otherwise more efficient than magistrates.'

I did read a Ministry of Justice report from 2013 on The Strengths and Skills of the Judiciary in the Magistrates’ Courts in which in-depth interviews and discussion groups were held with 355 members of the judiciary, court staff, and professional and lay court users. The report highlighted the perceived closeness of magistrates to their local community and that they were also seen as being more in touch and 'down to earth' than DJs and possessing a broader experience of life without becoming case hardened. Sitting as a mini-jury in a bench of three was also thought by some to be fairer to defendants.

However, in the same report, district judges were also praised for their speed and efficiency in dealing with matters and, given their legal training and experience, for not needing to seek advice as often as magistrates. DJs were also seen as more 'assertive' and 'robust' although concern was expressed that speedy justice was not necessarily better justice. It would be fascinating to be able to compare the conviction rates and differences in sentencing in courts run by magistrates and DJs!

However the magistracy and district judges are not in competition with each other. We work in parallel in the courts, and the current system needs both.

I have nothing but admiration for DJs and have learned a lot from watching them in action and without exception they have been patient with me and willing to answer questions about the implementation of the law and allow me to pick their brains and benefit from their experience.

Like everyone, DJs are not perfect and it has to be said that some of the most illegible and incomplete Preparation For Effective Trial (PET) forms have emanated from the pen of a DJ. Sometimes they neglect to add sufficient time for the bench to deliberate given that they are used to making decisions on their own - but that is probably unnecessary carping on my part.

I also have to admit to the occasional slight pang of jealousy when a particularly juicy case is allocated to a DJ rather than to an experienced and competent bench of magistrates who would be perfectly capable of handling it but I also understand the reasons for doing so. That being said I was not too happy recently when a barrister condescendingly looked down his nose at me at a directions hearing when she asked for a DJ to be allocated to the case as 'most benches would be unable to grasp what this case is all about'. Thank you very much!

It is not their doing but it is also very frustrating when we are bumped at the last minute and sent home early as a district judge is looking for extra work and takes over our court, although I fully understand as they are salaried employees and we are simply volunteers.

I would like to call time on any veiled hostility on our part towards district judges. They are highly qualified, trained, and competent and are here to stay; they will only increase in numbers and – for the most part – they do an exceptionally good job. Magistrates and DJs alike have in general worked hard to make that attitude unacceptable and the mantra now is that the system needs both.

We need to observe and learn from them how to do our job better rather than cavil at their very existence. Their appointment is not a criticism of the magistracy, merely a recognition that given their qualifications and training, they are far better equipped to handle longer, more serious and complex cases.

Will they eventually replace magistrates? Who knows? But, looking at the maths, I don’t think that it will happen for many years. You would need to hire and train a few thousand additional new district judges and deputies if they were to take over all the work currently fulfilled by magistrates. Allowing for an annual salary of around £100,000, plus training and administrative costs, this is realistically not going to happen in the near future. Given the falling crime rates and the lack of reasonable remuneration for legal aid cases, will there even be enough able lawyers interested in this role to meet the growing demand?

There are four types of criminal tribunal: judge and jury; judge and magistrates; magistrates alone; judge alone. They all have strengths (and weaknesses) but in my opinion none is superior to the others although I am sure that many people reading this will disagree!

So, I doff my cap to District Judges and would like to pay particular tribute to them for their dedication and devotion to duty when they took over the running of all magistrates’ courts and allowed magistrates some respite during the early weeks of the pandemic. I salute you all.

The Secret Magistrate, published by Hawksmoor, is available at Amazon and at TheSecretMagistrate.com