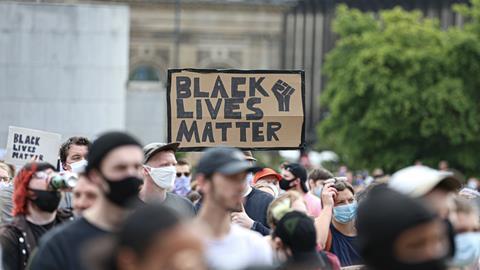 Injustice anywhere is a threat to justice everywhere

The Black Lives Matter (BLM) movement arose out of the 2013 acquittal of Trayvon Martin’s murderer in what was widely seen as a racially motivated police shooting. Over the past month, BLM has again made global headlines, with protesters in the UK marching in solidarity with protesters across America, following the death of George Floyd at the hands of police officer Derek Chauvin. 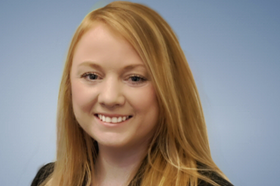 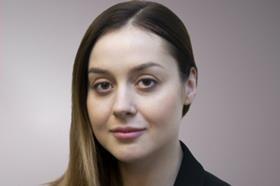 In addition to expressing anger and grief over the death of George Floyd, UK protesters are also demonstrating against institutional racism within the police. The stark reality for the UK BAME community is that they continue to be routinely subjected to racial profiling and aggressive policing.

In response to the UK protests, home secretary Priti Patel and justice secretary Robert Buckland have championed the resurgence of the fast-track court system imposed during the riots which swept the country in 2011.

The proposals would see people apprehended, charged, processed through the courts and if convicted sentenced, within 24 hours of the alleged offending. The system purports to target protesters who commit offences against the police, criminal damage, vandalism and public order offences. However, when considering the systemic targeting of the BAME community by police, in addition to the aggressive tactics police have deployed thus far during the protests, it is clear that there is a substantial risk that significant numbers of peaceful protesters will become embroiled in the fast-track system.

It is difficult to ignore the racialised undertone in the government’s comparison of the BLM protests to the 2011 riots. Figures suggest that nationwide there were 135 arrests out of 137,500 BLM protestors, over a period of two weeks, with a further 175 arrests over the weekend, following clashes between far right groups and the police. Compare this to 2011, where 4,000 people were arrested over a period of 5 days. The UK has not seen mass and ongoing violent disorder, high value criminal damage, arson or looting akin to the 2011 riots. It is arguable that the proposals are a knee-jerk reaction to events in the United States, where looting and violent disorder have been heavily prevalent. However, the impact of the proposals on the right to protest, both in their tone and likely practical impact, is substantial.

The UK courts have made it clear that the police and government must strike a balance between protecting Convention rights of freedom of expression and freedom of assembly and association, and keeping the peace. Action should not be taken until it is necessary and reasonable. To do otherwise, in the words of Lord Mance, 'could have a potentially chilling effect on freedom of assembly and expression'. (In the seminal protest rights case of R. (on the application of Laporte) (FC) v Chief Constable of Gloucestershire) [2006] UKHL 55 [141].)

Reintroducing policy aimed at quelling riots is fundamentally at odds with Convention rights and the spirit of the authorities. When set against the context of overwhelmingly peaceful protests, and the substantial efforts of BLM to avoid violence, the proposals could be perceived as an attempt to suppress demonstrators’ right to protest. Whether the threats will be successful remains to be seen, however the government’s tone and rhetoric are disproportionate to an arguably exaggerated and imagined threat.

Further, little thought appears to have been given to the current health crisis. Due to the Covid-19 pandemic only 54 per cent of court centres are open across England and Wales, and those that are open are working at an extremely reduced capacity. It is estimated that there are currently 40,000 cases outstanding in the Crown courts and 319,615 cases outstanding before the Magistrates courts.

Criminal proceedings arising out of protests involve complex and specialist areas of law. The introduction of a fast-tracked system gives rise to the real risk of fundamental miscarriages of justice in a system which is already on its knees. Inevitably, the rectification of errors will place further strain on both the public purse and the court system.

The system categorically fails to recognise that offences such as criminal damage valued at £5,000 or more, assaulting an emergency worker and serious public order offences can be tried in either the Magistrates or the Crown courts. Persons charged with those offences have the right to elect to be tried by a jury of their peers in the Crown court – which simply could not take place within a 24 hour period.

Similarly, the prison system was already profoundly overstretched prior to the pandemic and is unlikely to be able to withstand further stress. The proposals risk the spread of Covid-19 within the prison estate, placing a further strain on the health system.

Ultimately, the reimplementation of the fast-track system risks overburdening an already fragile criminal justice system, and the further alienation of BAME communities. The problem with 'speedy justice' is that while it might achieve the former it rarely achieves the latter.