Insurers, not Gauke, screwed up on the discount rate

It must have felt like quite a comedown for insurers this week furious with a lord chancellor for not doing exactly as they wanted.

When the former incumbent Liz Truss put the cat among the pigeons in 2017, setting the discount rate at -0.75%, insurance bigwigs were sat opposite Chancellor Philip Hammond within 36 hours, demanding a recount.

However when David Gauke this week set the rate at a once unthinkable -0.25% (the rate is effectively now a top-up, rather than a discount), the doors to Downing Street were firmly shut. No swiftly-convened meetings, no biscuits round the negotiating table. Gauke’s message, in summary, was the rate has been thoroughly tested, the boxes ticked, and insurers simply have to suck it up for the next five years or so. 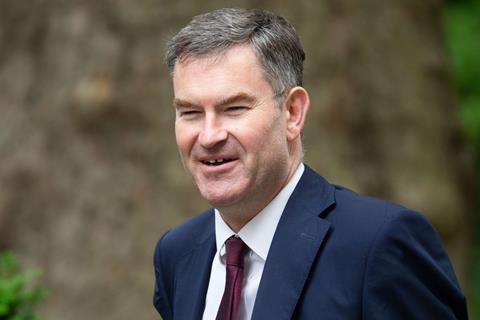 Gauke’s message: rate has been thoroughly tested, boxes ticked, and insurers simply have to suck it up for next five years or so

The Association of British Insurers took the decision with good grace, accepting above all that seriously injured victims must take priority and vowing to pass on the not-to-be-sniffed at £320m annual savings that the new rate will give insurers.

Of course it didn't. Instead the ABI has set out in great detail why the decision is unfair and why premiums may have to rise to absorb the blow.

The insurers admit they have been reserving (ie setting aside money) for a discount of between 0 and 1%. The ABI website states this was based on the (former) lord chancellor stating in September 2017 that, given the new methodology, ‘the rate might be in the region of 0% to 1%’.

This rather ignores that in November 2017, the (current) justice minister Lord Keen told the justice committee that the figures being bandied around were ‘not intended as an estimate of what the rate will be’.

If insurers banked on two-year-old statement from a lord chancellor no longer in post, more fool them. One might have expected them to exercise a dash of caution rather than working on the basis of (at best) optimistic expectations. Wasn’t insurance supposed to be about eliminating risk?

Bleat all they want, this mistake is on them. It’s just a shame we’ll probably all bear the brunt of it.