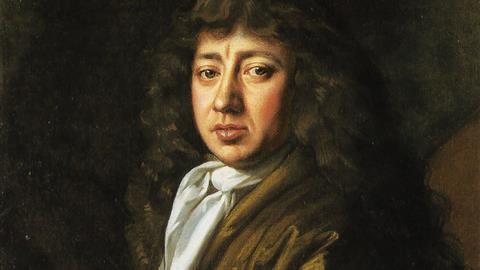 Journal of a plague year

One March morning a civil servant met his solicitor, Mr Clerke, in a Fleet Street pub, to sort out a matter concerning his uncle’s accounts. 'We went with one Jefferys to one of the Barons, and there my accounts were declared and I sworn to the truth thereof of my knowledge - and so I shall, after a few formalities, be cleared of all.’

The civil servant confiding in his secret shorthand diary was Samuel Pepys, administrator to the Royal Navy, freelance businessman, bon vivant and serial philanderer. And the year was 1665.

Pepys had a keen interest in law, as he did in most things in life. On 29 March he records acquiring three volumes of Sir Edward Coke’s Institutes of the Laws of England for his growing personal library. His interest was not just theoretical - his diaries show a lively sense of operating close to the legal wind, even by 17th century standards. One entry concerning a restrospectively amended document confides: 'I hope it will pass; at least, I am now put to it that I must stand by it and justify it - but I pray God it may never come to the test.'

Pepys was also party to what looks like a particularly dodgy referral fee deal. On 17 April he says: 'This day was left at my house a very neat Silver watch, by one Briggs, a Scrivener and Sollicitor; at which I was angry with my wife for receiving, or at least opening the box wherein it was, and so far witnessing our receipt of it as to give the messenger 5s for bringing it. But it can't be helped, and I will endeavour to do the man a kindness - he being a friend of my uncle Wights.'

Briggs seems to have been acting as a shipping agent. His gift was certainly appreciated, Pepys notes later, confessing to an early instance of screen-addiction: 'I cannot forbear carrying my watch in my hand in the coach all this afternoon, and seeing what a-clock it is 100 times. And am apt to think with myself: how could I be so long without one'.

But on 30 April a more sombre tone enters the diary: 'Great fears of the Sickenesse here in the City, it being said that two or three houses are already shut up. God preserve us all.'

Just five weeks later comes one of Pepys' most famous observations: 'This day, much against my will, I did in Drury Lane see two or three houses marked with a red cross upon the doors, and "Lord have mercy upon us" writ there.'

On 20 June: 'This day I informed myself that there died four or five at Westminster of the plague.' Pepys had other preoccupations, slipping into an idiosyncratic type of Esperanto to note an encounter with one Sarah Udall of New Palace Yard 'con ella que kiss and toucar ses mamelles'.

By the following month the epidemic had become a daily theme. 5 July: 'I observed a house shut up in the Pell Mell'; 12 July: 'A solemn fast-day with the plague growing upon us'; 18 July: 'I was much troubled this day to hear at Westminster how the officers do bury the dead in the open Tuttle-fields'; 20 July: 'My Lady Carteret did this day give me a bottle of plague-water'; 26 July: 'The Sickenessse is got into our parish this week'; 30 July 'It was a sad noise to hear our Bell to toll and ring so often today, either for deaths or burials'.

Not that this discourages Pepys from his sexual assaults. On 6 August he is with a maidservant; on 8 August it's the turn of the wife of a supplier; 11 August he records 'a pleasant rancontre' with a 'young married woman'.

On 13 August, he makes out his will 'So that I shall be in much better state of soul, I hope, if it should please the Lord to call me away this sickly time.' And by 4 September he is noting 'the plague is making us cruel as dogs to one another'. On 20 September: 'But Lord, what a sad time it is, to see no boats upon the River - and grass grow all up and down Whitehall-court - and nobody but poor wretches in the streets.'

Historians reckon the 1665 outbreak killed between one quarter and one third of London's population. In the end, the cold weather brought relief and Pepys and his wife survived. On the last day of the year, he summed up: 'I have never lived so merrily... as I have this plague time.'

Whether Messrs Clerke or Briggs were around to share his merriment is not recorded.

The Diary of Samuel Pepys, edited by Robert Latham and William Matthews, Vol 6 1995.