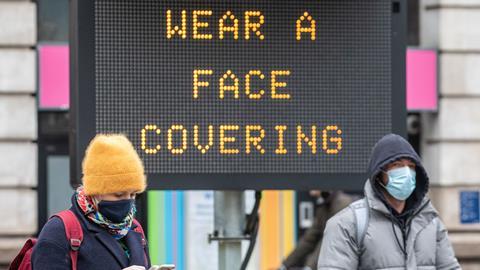 JR is the only route for challenging Covid restrictions

'The ease with which people could be terrorised into surrendering basic freedoms which are fundamental to our existence … came as a shock to me in March 2020.' Lord Sumption’s lament at how what he termed 'the most significant interference with personal freedom in the history of our country' has been shared by many people since the pandemic took hold. But not, it would seem, by much of the mainstream media, the majority of MPs and peers in parliament and now it would seem, by elements of the judiciary.

The Covid pandemic has converted what is supposed to be a parliamentary democracy into vehicle for government by decree.

Of course this has not happened in a vacuum. It has been in response to a serious infectious disease, albeit one which overwhelmingly targets a clinically vulnerable minority. The government has had an undeniably difficult task in dealing with a pandemic that the UK was palpably unprepared for.

The original lockdown measures, which confined the whole population to a state of virtual house arrest, forced the closure of businesses and led to the biggest economic contraction in our nation’s history, became law on 26 March 2020. This happened without any prior scrutiny or vote by our elected parliament. Incredibly, such unprecedented legislation was only finally 'debated' in the House of Commons some five weeks after it was first implemented. That 'debate' comprised a series of mostly generalised speeches via Zoom from barely 20 MPs. No vote was taken.

Since then, the government has introduced scores of intrusive and draconian statutory instruments, purportedly using the Public Health (Control of Infectious Disease) Act 1984 – an act which nowhere says in terms that the government may treat every member of the population as being infected with a virus. Buried within the 1984 act is an 'emergency procedure' which enables laws to be brought into force without any prior scrutiny or vote in parliament – simply on the say so of a minister if he or she describes this as necessary due to 'urgency'.

Whilst many would accept that the situation in March was so pressing that initial measures had to be introduced urgently, the same surely cannot be said of later lockdown measures. There was plenty of time and scope for parliamentary procedures to have been adapted to enable at least some worthwhile scrutiny of such draconian laws. Instead, the government has continued to use the 1984 act as it pleases. Thus, were new 'emergency' decrees announced on everything from curfews, the compulsory wearing of face coverings, £10,000 on-the-spot fines for (some) rule- breakers and latterly the increasingly bizarre legal conditions attaching to the simple act of going out for a drink.

With parliament side-lined and public opinion hostile or ambivalent, the only remaining route to challenge this state of affairs was judicial review.

And so to the comments of the Lord Chief Justice in the Court of Appeal decision in Dolan & Ors v The Secretary of State for Health & Social Care handed down on 1 December.

The court not only dismissed the claim but went on to criticise the use of what it termed a 'rolling judicial review' in such cases (ie the use of amendments to an existing claim in place of starting new a claim).

With due respect to the court, there is an air of unreality in its approach.

In Dolan the courts have been quick to excuse themselves from having to scrutinise unprecedented lockdown measures once they have been superseded by new regulations. Yet if a new claim has to be issued each time the law is changed because the existing claim is rendered 'academic', how can a would-be claimant ever challenge the government’s actions?

For example, between 2 October and 2 December in a second case brought by Mr Dolan, the government changed the law three times – each time before it was due to file a defence. What other choice did Mr Dolan have but to amend his claim?

If the Court of Appeal is right, then the government has carte blanche to stymie any challenge by bringing in new regulations at a time of its choosing. The potential for injustice is obvious.

Parliament has finally been given a vote before the implementation of more recent Covid measures. But only with a proverbial gun to its head, with minimal information and with no option available to amend seriously draconian legislation.