JR: Why Lord Neuberger was wrong 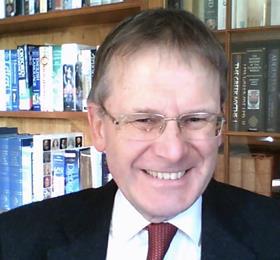 The Supreme Court’s 2019 prorogation judgment is still the subject of much discussion – and for good reason. It has the potential to influence the law’s development for years to come. By demonstrating fundamental, judicial failures of understanding about the working of the UK’s political constitution, it also continues to be highly significant for the political world.

The legal reasoning was a debacle, as Policy Exchange’s Judicial Power Project explained at the time. Its adverse effects will be worse if misleading myths about the practical context for the decision take hold. Lord Neuberger, former president of the Supreme Court, makes his own contribution to the mythmaking in remarks reported in the Gazette on 22 October: ‘What would have happened if the prime minister got up on the floor of the House of Commons and said “I have in my pocket the approval of the Queen to prorogue parliament for two years”? There would have been nothing anyone could have done about it because parliament would have been dissolved (sic) unless the courts had the power to step in… Unless the courts had the power to do what the Supreme Court did, parliament would have been out of commission for two years. It seems to me that [the prorogation case] was right?’

There are at least three reasons why this hypothesis is an implausible fantasy and cannot be relied on to support the conclusion that the Supreme Court acted rightly.

First, the hypothesis wrongly assumes that it is practicable for a modern government to govern in the absence of parliament for as long as two years. Nothing remotely close to that period would be possible. The concerns that arose when it was thought the pandemic might cause a hiatus in the sittings of parliament demonstrate it. The most basic reason, though, is that government cannot operate without money: the ‘supply’ that only parliament can vote.

Second, the hypothesis discourteously assumes that the Queen would not have been willing or able to use her influence in the same way as her representatives had in similar situations in other Commonwealth countries: successfully to require only a very brief prorogation.

Third, the hypothesis ignores the whole political context of the times. The government was seeking to put itself on the side of the electorate against a body of parliamentary opinion that, it was suggesting, was intent on thwarting the electorate’s wishes. It is inconceivable that it would have attempted a long prorogation without giving the Commons an opportunity to ‘do something about it’ by triggering an early election. Indeed that, of course, is exactly what the government did do for its own short prorogation. Moreover (had it been necessary), it can reasonably be assumed that a constitutional monarch in the Westminster tradition would, in the circumstances, have been able to insist on the alternative of a general election being offered to the Commons.

Lord Neuberger makes a common, lawyerly mistake, reproducing the one made by the Supreme Court, when he assumes that the ability to imagine an extreme, hypothetical scenario that is not yet legally regulated demonstrates that it is at risk of actually happening and so in need of regulation. That does not follow when there are multiple factors that, in practice, make it impossible for the scenario to occur. Had anything like his imaginary scenario been attempted, the political and public pressure on the government and on the Crown for a recall of parliament would have been both overwhelming and irresistible.

What, though, is much more difficult to comprehend or accept is that Lord Neuberger’s assumption that no one would have been able to do anything about a highly implausible two-year prorogation totally disregards the fact that, in 2019, parliament already had done something.

Section 3 of the Northern Ireland (Executive Formation etc) Act 2019, passed only a few weeks before the prorogation, had established a complex web of obligations. The practical effect of this was that parliament had to sit on 9 September 2019 and again (on one view) on 14 October 2019, even if it had been previously prorogued. It was well known and obvious that these provisions had been enacted at the instance of opponents of the government’s policy on the UK’s withdrawal from the EU. Questionable advantage had been taken of Northern Ireland’s difficulties to secure the passage of legislation designed to forestall the use of a lengthy prorogation as a tactic in parliamentary battles about Brexit.

The Supreme Court noted that ‘as it happens’ the period advised by the PM for the actual prorogation exactly corresponded to the period between the dates on which parliament, exercising its sovereignty, had imposed a statutory requirement for parliament to sit.

That cannot, though, have been just a coincidence. Maybe the words ‘as it happens’, when uttered, were just an ill-judged attempt at humorous irony. Reviewed on the written page two years later, they look more like disingenuousness. It is abundantly clear that the prorogation actually granted by the Queen involved scrupulous and complete compliance with the legislative constraints on prorogations recently imposed by parliament itself.

It follows that what the Supreme Court’s decision actually did was not to protect parliamentary sovereignty – as it purported to do. Instead, it demonstrated an apparent contempt for it by seeking to make its own improvements to the very recently enacted statutory constraints on prorogation. The court chose to trample on a carefully balanced, political and legislative solution to impose its own additional constraints, for which, it must be inferred, there would have been no parliamentary consensus.

With the prorogation case being justified by fantastical misconceptions of the sort promulgated by Lord Neuberger, there can be no surprise, and there are no conceivable grounds for indignation, if the political world thinks legislative action is needed to dispel the misconceptions and abate their consequences.