Justice delayed is justice denied for clients in lockdown limbo

The top five most stressful events in life are commonly regarded as death of a loved one; divorce; major illness or injury; job loss; and moving house (in that order). 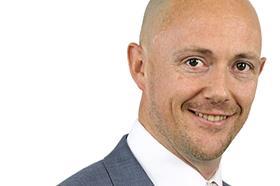 Some might argue that the Covid-19 pandemic and associated lockdowns should be a new addition to this list. Not only does it make life more stressful but also the first four events more likely.

However, as difficult as each of these situations absolutely is, the vast majority of my clients would aver that there is nothing more stressful than being accused of a criminal offence. Indeed, those of us who work in the criminal justice system witness first-hand the gut-wrenching uncertainty caused by lengthy criminal proceedings with clients facing the prospect of losing their livelihood, reputation and potentially their liberty.

This is why I applaud the efforts of Liam Allan, the student who was falsely accused of rape in 2017, who recently set up a crowd funding page to support his new website named 'The Defendant'. Allan’s idea is that the website and associated helpline will provide, 'a map for the accused on their justice journey' as well as delivering emotional and practical support to defendants. He draws on his own ordeal where disclosure failings led to his case being rightfully dropped three days into his trial, two years after his arrest, despite the police being in possession of exculpatory evidence from the outset.

Allan’s initiative comes at an important time as the backlog of criminal cases continues to surge following court closures and on-going restrictions to jury trials as a result of the pandemic. Recent CPS statistics suggest 'live' prosecutions in England and Wales have risen by one third from March to June 2020 (now topping 170,000) whilst the number of defendants remanded in custody and awaiting trial has also reached record levels. By any analysis this means a significant number of innocent people are either on bail or in prison for an elongated period as they await a trial slot. As we embark on another lockdown, those figures are unlikely to come down any time soon.

My clients are fortunate to the extent that they are rarely remanded into custody. They also have the means to pay for a 'no stone unturned' approach which can, in appropriate cases, lead to an early resolution in their favour. Ensuring that evidence is preserved, making timely disclosure requests and offering sensible representations to the police and CPS from the outset can make the difference between being charged with offences or not. At the very least it gives the client the best chance of having a fair trial should matters get that far. It is a service that all defendants deserve but it is a fact that a lack of government funding means that in many cases this does not happen.

No matter how long a criminal case goes on for, the mental anguish of being accused is unavoidable. The adversarial process which is already long and tortuous (the investigation stage alone can take years) is exacerbated by the Covid-19 delays and will take its toll on the most hardened of clients. Tragically for some it can be too much and I am not alone in representing clients who have sought to end their lives as a result of the unbearable pressures caused by an on-going criminal investigation.

So we are dealing with high stakes and this is why it should be recognised that suspects and defendants accused of criminal offences will often need as much support as victims and complainants. This is even more so in the current climate as the case backlog remains and as people are held in legal limbo. It is why initiatives like Liam Allan’s are so important and why the police, CPS and the courts must continue to work with defence firms to reach appropriate and expeditious resolutions to cases wherever possible.