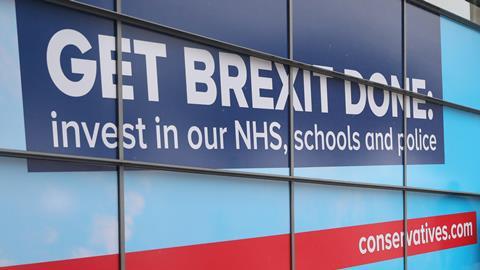 Justice matters off the radar at Tory conference

It wasn’t a good look that the only fringe event at the Conservative Party Conference dedicated to 'Access to Justice' featured one glaring empty chair.

It has been well documented that Tory MPs have struggled to meet their commitments in an unprorogued Westminster and party duties up in Manchester.

But on Monday evening, before an audience you could fit in a decent-sized minibus, no-one from the government was there to listen to legal aid campaigners talk about the crisis in criminal and family law. An echo chamber developed, perhaps, but only because no minister was present to ensure the acoustics were turned up.

Compared with Labour's spending promises to throw millions at law centres and legal services provision, the optics were particularly bad. For all that ministers talk in private about their commitment to access to justice, it would be nice to have it publically reaffirmed every now and then - particularly in the face of any party members who might need some extra convincing.

It was noticeable that when justice secretary Robert Buckland did make it to a fringe event on criminal justice - again little more than a talking shop without anyone from government present - the organiser let out an audible yelp on seeing the minister. Never mind that he'd missed the actual discussion, at least someone from government was here and prepared to listen (for the 10 minutes he could spare before another engagement).

Whether such matters really keep conference delegates up at night is debateable. They were delighted with Buckland's pledge to end half-sentences for serious criminals (although many lawyers have already pointed out it's simply not true to say serious and violent criminals do serve just half their sentences) and will content themselves that the tough-talking Tories are back. Some lawyers will scoff at plans to increase police numbers and boost CPS spending. These extra police will find it difficult to actually convict anyone in courts that are either closed or dreadfully delayed, while defence spending increases are conspicuous by their absence compared with those afforded to the prosecutors.

Not for the first time at the annual conference, the justice system's struggles remain unresolved and unreported. Difference was this time the ministers didn't even have to explain why.