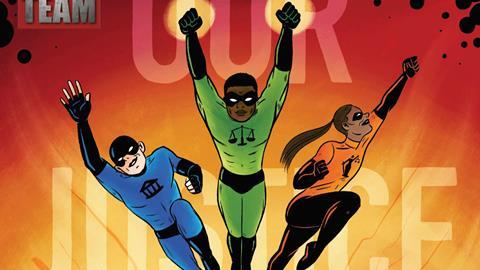 It is clear from the runup to Justice Week 2020 that young people in Britain want more freedom, democracy and knowledge of the law. They told us so in our new poll, carried out jointly with the Bar Council and the Chartered Institute of Legal Executives (CILEx). Young people said they fear that democracy and their freedoms are being eroded, and call for more knowledge of how the law works. 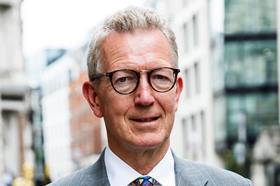 Our research indicated that more than 80% of the public think understanding how the law works is vital and over half of those aged 18-24 said they would like more emphasis on learning about the law in school.

As justice and the rule of law face major threats from cuts to spending and attacks on the judiciary, which risk undermining our democracy, this year’s Justice Week has set its sights on focusing on Our Justice Team as its theme.

This is our second Justice Week (the first was in November 2018) and this time we are putting the emphasis on the younger generation. We want to ensure that young people understand the importance of the justice system, value the rule of law and see both as fundamental to our lives and freedoms.

It is important to educate everyone, including young people, about how the law works and about their rights. Without that, our very notion of British justice is likely to come under pressure.

This Populus survey reveals that the public appreciate the need to know how the law works. In response, we want to enlist the help of schools to educate children. The public often struggle even to identify a problem as a legal issue, so are not inclined to seek specialist advice.

To help broaden everyone’s knowledge of the law we have enlisted teachers to pledge to deliver a legal lesson to as many students as possible on the final day of the week, for our ‘Big Legal Lesson’ session. There is also a photography exhibition running throughout the week by photographer Alice Mutasa, featuring portraits of children and young people who have been through the legal system in different categories of law. Activities are also planned for each day, such as a Hackathon on ‘Fighting for your Rights’ and a podcast series, ‘The Cases That Changed Everything’, highlighting three influential cases that have affected freedom, rights and democracy.

We must take heed of the comments from our survey – which questioned more than 4,000 people. This has exposed widespread anxiety about the state of our democracy and freedoms, with 34% of young people expressing concern at having less freedom. It is of deeper concern that this figure increased to 40% in the 55-to-64 age group. Freedom of speech and expression was at the top of their list at 57% overall, while they put freedom of worship, travel, education and healthcare much lower on the list (16% and below).

Just 18% of young people believed that democracy is getting better, and sentiments in areas such as Wales were even lower, with only 15% of all those polled agreeing.

People also told us that if they had been faced with a situation where they did not have access to a lawyer, around half said they would feel uncomfortable getting to grips with the law and legal process in many domestic situations. These could include cases such as contesting a tribunal for unfair dismissal, fighting a landlord over access to heating and water, and facing a prosecution for a crime that could lead to a custodial sentence or fine.

The survey has highlighted the importance of the law and the role it plays in everyday life. Justice Week is here to draw attention to the fact. It has been modelled on the concept of superheroes, based on the theme that the law is heroic. A lively, animated video (pictured above) has been produced, which everyone can watch on YouTube. We hope that the vivid imagery will help young people to engage with the animation’s superheroes, which illustrate the themes of the week showing the role of the law in key issues such as ‘protecting freedom’, ‘saving the planet’, ‘defending democracy’ and using the law as a tool to defend or save something.

The hot topic of climate change is also among the themes of the week, with an opportunity for teachers to take part in an ‘Introduction to the Law’ legal lesson.

A full list of Justice Week activities can be found here. For more information and how to register for the free school resource, visit Young Citizens.org.