Law centre judicial review – from the inside out

'It’s fundamental to a system of good government that civil servants are honest with minsters. The lack of straightforwardness is indicative of a number of steps that ministers and the public were told as definitive facts without evidence to back it up.' Scathing words from Mrs Justice Andrews in the recent Law Centres Network High Court challenge. 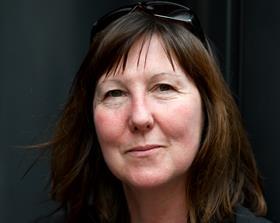 In 2017 the Legal Aid Agency (LAA) decided to re-tender the Housing Possession Court Duty (HPCD) contracts by making the geographical areas for each scheme much larger. Most courts would be ‘bundled up’ so contracts would be for two or three courts - sometimes spread over different counties. For the whole of Wales there would be just one contract. The schemes reduced from 113 to 47. They also introduced price competition, with the contracts for three years, and penalties for handing back sooner.

Submissions were made to ministers by civil servants that the existing schemes provided 'low economic viability and attractiveness for the contract holders' and that there were 'concerns about the ongoing stability of these services'. It was for these reasons the minister agreed to procure larger scheme areas to allegedly make the contracts more 'attractive and sustainable'.

Having worked as a duty solicitor for more than twelve years, the decision to bundle up the courts didn’t make any sense to me, especially in London. I run two duty schemes in two different courts. I have represented probably more than 5000 people on the court duty whilst at Hammersmith Law Centre. I’ve got maybe 15 minutes to meet the tenant, gain her trust, assess the case, make representations to the landlord, try to agree terms of payment and go before the judge. The court will have a list of 30/40 cases. It’s usual to see around ten people per session. It’s hard and challenging. You need to be experienced.

Being local is important. The clients are usually in crisis, not having accessed help before, but have many other problems; usually benefit or health related. Clients come to the law centre for follow-on work. They build up trust quickly at court and have very little money to travel.

I didn’t want to bid for Uxbridge County Court, it’s a long way from Hammersmith, but in order to keep my local court at Brentford, I was now going to have to bid for both. Again, it made no sense.

The Legal Aid, Sentencing and Punishment of Offenders Act 2012 hit law centres hard. It took away most of our core legal aid work and with it the delivery of essential services for those most vulnerable in our communities. Eleven centres were forced to close and the overall income in the remaining law centre’s halved. We are small. The new changes to the duty scheme would mean we would be hit harder still. So we decided to fight back.

Law Centres Network, the umbrella organisation that supports the 45 remaining law centres, had to think carefully before challenging the government. It has little funds. It was a bit of a David v Goliath situation but we didn’t do it alone. Collaboration was key to getting the evidence we needed: from law centres, private practice solicitors, the Housing Law Practitioners Association. The more evidence we obtained the stronger our case got. The Public Law Project built the case with us. The Law Society supported it.

And as the case progressed it became apparent that the LAA’s decision just wasn’t up to scrutiny. There was no evidence from the LAA to back up their assertions that some contracts were too small to be sustainable. In fact quite the reverse. The smaller contracts for the not-for-profit sector were viable, and a key part of the jigsaw in a variety of funding streams. The minister had been misled.

And there was an astonishing shift in the meaning of ‘sustainability’ during the case. In most of the relevant documents it was used in the sense of being financially viable, but in the later witness statements from civil servants this moved to ‘maintaining the service to clients’. Neither appeared to be correct.

Serious concerns were raised about the impact on: the elderly, the disabled, those with mental health difficulties, single parents, black and minority ethnic service users. The LAA’s view was that that sub contracting or agency arrangements would overcome these concerns.

It didn’t convince Mrs Justice Andrews: 'In my judgment there is a real risk that in consequence of the restructuring of the scheme areas, clients using the HPCDS will no longer have the same access to the wrap around services that are not covered by legal aid, and which may make all the difference to whether they end up homeless and destitute.'

The withdrawal of legal aid for early advice, welfare benefits and the impact of the court closures added weight to the unlawfulness of this decision. She concluded that ‘this decision was one no reasonable decision-maker could reach on the state of the evidence that the LAA gathered’. It was irrational and a breach of the Public Sector Equality Duty.

The true reason for the decision to change the schemes still remains unanswered. At one point the judge mused 'I wonder why they put a spin on it?' Perhaps the words of George Orwell can help us here: 'If you want to keep a secret you have to hide it from yourself.' Because what the evidence showed was that people were pulling out of the contracts because legal aid just does not pay. This is the truth we all know, the new tender round suggests, but it’s the secret the government refuses to acknowledge.