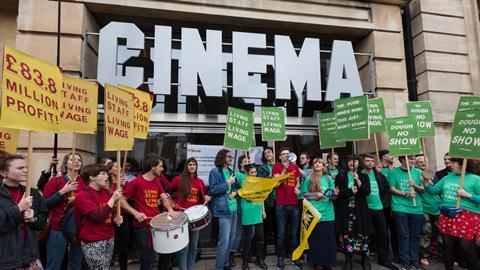 More than half of the top-20 firms are signed up to a ‘real’ living wage.

In National Pro Bono Week we celebrate the eclectic and inspiring contribution of the solicitor profession to the public good. Under that catch-all term of ‘corporate social responsibility,’ it is also pleasing to note the pioneering role of solicitor firms in paying employees – and their onsite contractors – a ‘real’ living wage.

The Living Wage campaign has come a long way since its 2001 launch by parents in east London, many of whom were working two minimum wage jobs and still couldn’t make ends meet. It was a backhanded compliment that George Osborne sought to hijack the brand with the (much lower) National Living Wage – which excludes the young.

Solicitors bought in early to a scheme that was initially dominated by public sector institutions. Today, more than half of the top-20 firms are signed up, along with many smaller practices.

We are not here to tell law firms what they should pay staff. And many smaller firms do not enjoy the comfortable margins of their largest peers.

However, there are many more firms out there meeting or surpassing the Living Wage Foundation minima. At a time when people increasingly care about the ethics of the businesses for which they work, there is plenty to be gained from signing up.