Legal aid must be restored for family law cases

On 1 December 2021, the Gazette reported that Dominic Raab stated he wants to do something 'drastic' to stop half of family law cases reaching court. 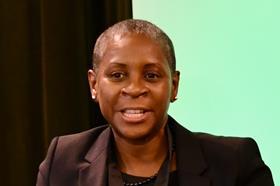 We agree – the vast majority of family cases should be dealt with outside the courts. But this will only happen if he restores early legal advice in family cases.

Where cases do go to court unnecessarily it is frequently because the parties are unrepresented – acting as Litigants in Person (LiPs) – and have not been steered towards negotiation and mediation.

This is a direct consequence of the cuts made by the Legal Aid, Sentencing and Punishment of Offenders Act (LASPO) in 2013, as the mediation statistics show. The main referral route to mediation pre-LASPO was solicitors. Legal aid mediation dropped by 66% after the cuts and left LiPs navigating the courts alone.

By restoring early legal advice for family law cases, the justice secretary will ensure fewer family cases go to court. There will instead be negotiated settlement, referral to mediation and management of client expectations so they do not take cases to court when there is no basis. Most importantly, the welfare of the child will be central.

The Law Society has practical plans for how this could be achieved in family cases.

We believe that special guardianship order cases – where a child is placed in the care of someone other than their parents in the long-term – warrant legal aid funding.

Early legal advice should also be reinstated and legal aid for alleged perpetrators and victims of domestic abuse, up to the point of fact-finding and the Family Court Advisory and Support Service (CAFCASS) report, should be provided.

I. Stephanie Boyce is president of the Law Society of England and Wales