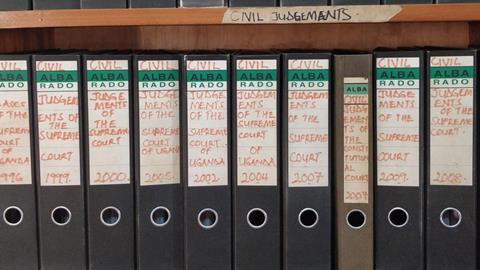 One of the saddest sights I ever saw was a bookstore window in Arusha, Tanzania. Its main display was copies of a guide to the UK Industrial Relations Act, a law passed by Ted Heath’s Conservative government in 1971 to control trade unions and repealed by Labour three years later. More than a decade on, a textbook on the act was the most impressive item an African high street store had to show off.

How the books ended up there, I have no idea. Tanzania at the time was committed to a 'self reliance' ideology that made any imported product scarce. Presumably the surplus volumes were donated to some charity, shipped out as 'aid' and snapped up by the bookshop whose only other English-language titles were grubbily printed Chinese tracts about Chairman Mao - themselves rapidly becoming obsolete at home.

Back in those days foisting obsolete ideas on the 'third world' in the name of development was the norm. It was the era of 'appropriate technology', based on the frankly racist assumption that Europeans and North Americans were better equipped than Africans to decide what designs of cars or cooking stoves were suited to local needs.

Mercifully, most of that way of thinking has gone the way of the Industrial Relations Act (though I notice a revival of enthusiasm for autarky - mainly among wealthy westerners with little experience of empty shelves or bellies). In do-gooding circles we have learned that the most effective aid projects are those that assume Africans are quite capable of making their own decisions, and that when technology is part of the package, it should be world-class, not second best.

A nice example of an empowering aid project may be that aiming to liberate public legal information through so-called 'legal information exchanges'. This is part of an international movement born in Cornell University in 1992. Its founding ethos is that individuals have a right to effective and free access to public legal information, and to reproduce that information. It's a concept as relevant to England and Wales as it is to the many common law jurisdictions in sub-Saharan Africa. Currently about 65 legal information institutes (LIIs) are operating around the world, providing case law, statutory instruments, legislation and other relevant legal resources for free online.

A new report on legal information institutes in Africa makes encouraging reading. It examines the impact of initiatives in Ghana, South Africa and Uganda and concludes that they act as 'significant tools for social and legal change... rather than as mere information repositories for professionals'. In South Africa, especially the information exchange 'functions as a unique mechanism for leveraging diversity into what was previously a homogeneous and elite legal profession'. In places where conventional legal libraries are out of reach, the institutes can enable the legal professions 'to develop, consolidate and, importantly, use, high quality domestic case law'.

Running a legal information exchange in some jurisdictions is not easy. In Ghana, for example, to publish new legislation or the weekly official gazette, a member of the Ghana Legal Information Institute (GHALII) must take the right amount of cash to the Assembly Press building in central Accra, purchase a hard copy of the legislation, make a 45-minute journey to the University of Ghana, pay to scan the documents, and then return to the office to upload the documents onto the GHALII site. 'This process can take half a day, and requires multiple payments for hard copy, transport and copying.'

The report, researched by active citizenship charity mySociety, recommends a series of measures to improve the management of legal information exchanges. These include setting technical standards, supporting work on open access rights and investments in technology. They sound eminently sensible.

The late Hans Rosling, founder of the Gapminder way of looking at international development, frequently warned of the danger of falling for the single, simple, idea. But, this caveat aside, research shows a clear correlation between access to justice and prosperity. I would bet that supporting the rule of law through access to legal information will do more to fill bellies in the long run than most of the top-down 'development' projects I supported in the 1980s. Certainly it sounds more use than dumping obsolete textbooks and obsolete philosophies.