A couple of decades ago, many assumed that litigation funding was a ‘scummy’ industry, made up of opportunistic, failed, morally void lawyers trying to profit from other’s misfortunes with no regard to the moral fabric of society. 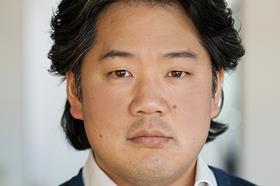 Today, litigation funding has a far better standing in the very status-conscious world of law. On the ground far away from the elevated world of deep-pocketed defendants free to engage armies of lawyers, impecunious claimants are exploring funding to progress litigation as a matter of course. What the big and powerful might wish was a noisy movement is in fact a real evolution in mindset.

Yet, some remain ready to denounce the litigation funding industry. In the world of divorce, readers of The Times would have spotted a comment piece authored by Tim Owen QC and Mark Harper last month sensationally headlined: 'Litigation funding has no place in Britain', with the sub-head, 'These agreements drive families apart as funders muscle in on divorce cases to make a profit.'

A punchy, attention-grabbing headline. But with all due respect to the legal brains of the authors, it is also a fundamentally defective argument and a misrepresentation of the real issue at hand.

Just by way of context, the authors represented Temur Akhmedov in a counterclaim he brought during the enforcement matter arising out of the high-profile divorce where his father, Farkad Akhmedov, was ordered to pay his mother, Tatiana Akhmedova, an eye-watering £453,576,152 in December 2016. Mr Akhmedov has not voluntarily paid any monies and in 2018, Mrs Akhmedova secured litigation funding from Burford Capital for an amount believed to be around £19m in return for 25% of the recoveries. Mrs Akhmedova has since pursued her own son as a key player in a 'strategy of evasion' and in May 2020, the son brought a counterclaim arguing that litigation funding in family proceedings was unlawful on the basis of champerty. But after a 5-day hearing, judgment was handed down by Mrs Justice Knowles, in what was a stridently pro-litigation funding judgment.

Granted, it is sad to see a son and mother fighting it out in the courts but it should not blind us to conveniently overlook that Mr Akhmedov himself claimed that they had in fact divorced many years previously (in 2000) in Russia, or that he failed to respect a judgment from the courts of England and Wales, or more pertinently that the opportunity for Burford to fund this only arose because the family division was already beyond repair.

Let’s also not forget that the Akhmedov case is an exceptional divorce case involving vast amounts of money. This quantum of money can drive families apart under any circumstance. As a funder, we see numerous commercial litigation cases between family members – parents, children, siblings – caused by a fight over meaningfully large amounts of money. I’m sure the authors don’t believe families members should be banned from doing business together because profits can drive them apart, so how does that argument apply here also?

In 2011, a niche litigation funder called Novitas was founded and focused on funding the weaker party in divorce cases – often cash deprived and unable to get legal representation – to get a 'fair distribution of finite assets'. Apart from solicitors on the front line trying to prevent impecunious clients from being exploited, many dismissed the whole notion as morally reprehensible. In fact, it helped level the playing field, brought fairness and empowered the weaker party – giving access to justice to those with few other options. Today, the validation comes in the fact that not only does Novitas still operate today (as a part of Close Brothers) but other specialist funders, like Level, Ampla and Schneider, have successfully established a market presence to give choice and competition to those who are otherwise in limbo.

Litigation funding does not drive families apart. Divorce drives families apart. And the concept of divorce does not start from the seeds of the idea that one can have their divorce proceedings funded. And when talking about profit motives, the authors should remember there is no real difference between the profit funders make for their shareholders and the profit lawyers make for their partnership. Ultimately, the trigger for divorce is pulled long before solicitors or funders get involved and when arguments get fraught and people get nasty, litigation funding – like the legal services lawyers provide - is a leveller that helps achieve precisely what the authors say it should be about - a fair distribution of finite assets.