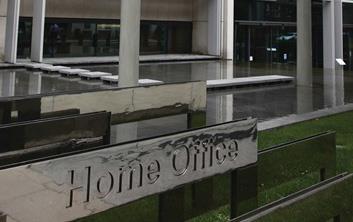 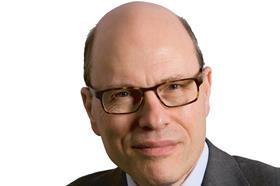 The government has firmly rejected a recommendation by the Law Commission that there should be a public interest defence for anyone charged under the Official Secrets Act 1989 with making an unauthorised disclosure of information. That is bad news for officials who accidentally leave sensitive defence briefings at bus stops and even worse for broadcasters who report what those documents say.

As I explained in a column published here a couple of months ago, the government’s law reform advisers could not be sure that the 1989 act was compatible with the right to freedom of expression guaranteed by article 10 of the human rights convention. They therefore proposed the creation of an independent statutory commissioner to whom anyone covered by the 1989 act could lawfully report allegations of wrongdoing or criminality. As a last resort, they recommended that it should be a defence for those charged under the act to prove that their disclosure – and the way it was made – were in the public interest. I am a non-executive board member at the commission.

The Home Office responded with predictable apoplexy. ‘The government believes that existing offences are compatible with article 10 and that these proposals could in fact undermine our efforts to prevent damaging unauthorised disclosures,’ a consultation paper said in May.

Whistleblowers could already raise concerns, the government added. Prosecutions would never be brought unless they were in the public interest. Although press freedom was integral to the UK’s democratic processes, the government was ‘not convinced that the Law Commission’s recommendations strike the right balance in this area’.

That, said ministers, was because the person seeking to make an unauthorised disclose would rarely, if ever, be able to judge accurately whether the public interest in disclosure would outweigh the risks. The court might reject a public interest defence – but by then the damage would have been done.

Despite that, most of the commission’s proposed reforms to the Official Secrets Acts have been welcomed by the government. And ministers are aware of the commission’s sensitivities on the question of penalty. In its consultation paper, the commission seemed to be suggesting that the maximum sentence should be increased from two years to 14. Its final recommendation was an unspecified increase.

The Home Office says that developments in communications technology mean that unauthorised disclosures are capable of causing more serious damage than was possible in 1989. Such disclosures might be as serious as espionage, if not more so. So the government wants to end the ‘distinction in sentencing between primary disclosure offences – committed by members of the security and intelligence agencies, Crown servants, government contractors and those notified – and onward disclosure offences, which can be committed by members of the public’. That sounds like a 14-year maximum for everybody.

The threats these reforms are intended to counter used to be called ‘hostile state activity’. People thought, not unreasonably, that this referred to activity by hostile states. It was actually meant to include hostile activity by any state, including those the UK might regard as otherwise benign. So the government now refers to ‘state threats’ and forthcoming legislation will be apparently called the Counter-State Threats Bill.

Though most of its provisions are clear, the bill will include one reform on which the government would welcome comments before its consultation period ends on 22 July. This is the so-called foreign influence registration scheme, under which individuals in the UK would have to register activity carried out on behalf of a foreign state. Undeclared spies could then be prosecuted for non-registration, which would be much easier to prove than espionage.

The government is also concerned about interference with the democratic process by the use of disinformation, bribery and coercion. It says a number of states persistently play on existing divisions by spreading false information. The registration scheme ‘would increase the risk to foreign states seeking to conduct hostile activity and help to build resilience against being unwittingly drawn into interference’.

Of course, much social media disinformation by Russian ‘bots’ and ‘trolls’ originates abroad. But the Home Office says that the success of state threats ‘often relies on relationships with individuals in, or working on behalf of, the UK to support and facilitate the activity’.

The problem, though, is that every embassy in London supports individuals who carry out activities in the UK on behalf of a foreign state. The Home Office does not want to ban perfectly proper diplomacy.

That’s particularly important in the case of Ireland. The government says ‘it recognises that individuals and political parties legitimately operate in both jurisdictions on the island of Ireland’. These proposals are not intended to interfere with that.

The more you look at these scheme, the more complicated it becomes. Officials seem genuinely anxious for advice on how to make it work. Perhaps they should ask the Law Commission.