Mental Health Act reform: what must be done

On 20 April, we responded to the UK government’s White Paper on reforming the Mental Health Act (MHA), welcoming efforts to tackle such a complicated area of law, but cautioning that the UK government must ensure the system works for those it is trying to help. 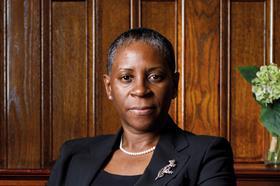 The latest response follows a five year inquiry by the UK government to reform the MHA, including the Independent Review on the MHA 1983 in 2018.

The White Paper on reforming the MHA was published on 13 January this year and lays out the UK government’s plans for changes to the MHA, which accept the majority of the independent review’s recommendations, and contains questions on areas where the UK government still wants to hear additional opinions.

When the state intervenes in a person’s freedom, for reasons related to their mental health, fundamental safeguards are essential to ensure such interference is necessary and proportionate.

In our response to the consultation we made more than 100 recommendations for the UK government to implement within this monumental overhaul of legislation. We said that the MHA must not hamper people’s liberty, must respect patient autonomy, and must ensure detention has a therapeutic benefit.

Therapeutic treatment should facilitate the shortest possible detention and early discharge home for all those detained under the MHA, whether they pose a risk to themselves or others.

The White Paper, however, proposes arbitrary distinctions between patients who have capacity and those who lack capacity, and those who are and are not in the criminal justice system. This could set a dangerous precedent for different ‘classes’ of people within the same system of mental health services.

As part of these reforms, it is vital that those deprived of their liberty under the MHA can access the courts to challenge the lawfulness of a decision to detain them.

Those who lack capacity to make key decisions for themselves deserve greater safeguards to ensure their autonomy is respected and they can access justice on an equal basis to the wider population.

The proposals could, however, result in fewer safeguards for people with impaired mental capacity.

Under some sections, a person who lacks capacity to appeal their detention to the Mental Health Tribunal can wait up to three years for any judicial oversight. There must be more frequent automatic referrals to the tribunal, as a matter of urgency, ahead of any change in the law to address this.

Meanwhile, community-based alternatives to meet peoples’ needs must be commissioned to ensure the reforms are successful. It is vital that people with learning disabilities and autism do not simply find themselves detained in hospital under different, and potentially inappropriate, legal frameworks.

It is crucial that the reforms in Wales are consistent with those in England to avoid cross-border issues arising.

As health is a devolved matter, but justice is not, the Mental Health Review Tribunal in Wales may seek to implement the same changes but in a different context of health provision.

The Law Society will continue to engage with the UK government on the reform process ahead of new legislation at the end of 2021.

Mental health legislation is facing a sea-change. There are also set to be changes to the Mental Capacity Act’s Code of Practice and implementation of the Liberty Protection Safeguards scheme, which the Law Society will be responding to in due course. This represents a monumental shift of a highly complex and crucially important legislative landscape which engages fundamental human rights.

Solicitors have a vital role to play both in supporting vulnerable people and upholding the rule of law, and we are proud to be helping to shape this overdue progress.

I. Stephanie Boyce is president of the Law Society