The debate about whether to use a general gender hate crime label or a specific misogyny label is ongoing.

Two years ago, Nottinghamshire Police introduced a policy to record misogyny as a hate crime. Despite the media ridicule that followed, our recent evaluation report (which was commissioned by Nottingham Women’s Centre and funded by the Office for Nottinghamshire Police and Crime Commissioner) has shown misogyny is prevalent in British society and the public is overwhelmingly supportive of this initiative to tackle it.

There are important points to be taken from the report, namely that 95.2% of the survey sample of women and men believe the behaviour covered in the policy to be socially unacceptable. Of these, 51.9% believed these behaviours to be criminal and 43.3% to be anti-social behaviour. In total, 93.7% of respondents had experienced or witnessed such behaviour in public places. 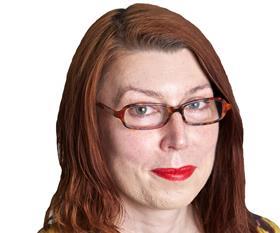 What is also clear is the damaging impact these activities have upon women’s freedom of movement, fear of crime and general wellbeing, with 63.1% telling us that they had changed their behaviour. However, the bulk of this activity has been largely unreported to the police and continues to be so. Under-reporting comes within a society that has consistently underplayed violence against women and girls.

While the wide spectrum of behaviour reported was already criminal under the law, incidents other than crimes can also be reported to help gather intelligence and so that the police can reassure the public. Moreover, it should be pointed out that this policy is in line with the recording of other hate crimes which are based on the perception of the victim, and which includes both crimes and incidents.

There is clearly a need to educate the public about Nottinghamshire Police’s policy and the criminal offences that it covers, so that they realise what these offences entail. Alongside this, a clear exposition of hate crime and how it works is also needed.

At present, crime can only be prosecuted as a hate crime if it falls within one of these legislative categories and the victim interprets the behaviour to be ‘hostile’. In such circumstances, the CPS will charge for the baseline offence but an uplift tariff can be applied for at the sentencing stage, if hostility can be proven. According to CPS guidance ‘hostility’ is not limited to ‘hate’. As there is no legal definition of ‘hostility’ the everyday understanding of the word is used – ill-will, spite, contempt, prejudice, unfriendliness, antagonism and dislike. Several of these terms may be applied to street harassment of women by men.

All of this needs to be articulated to the public. In short, comments and behaviour directed at women on the street based on their gender may already be criminal offences, including public order, harassment, assaults and sexual offences.

Police forces have the discretion to record crimes and incidents based on other characteristics if they deem it to be a problem in their area, which is what Nottinghamshire Police has done. 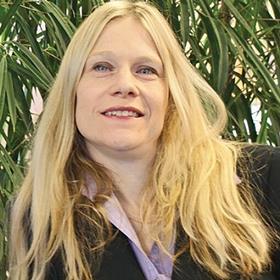 Such strategies remain of symbolic significance and can inform possible changes to legislation. The debate about whether to use a general gender hate crime label, which includes misogyny, or a specific misogyny label is ongoing.

Finally, the fact there have been few prosecutions, particularly given the continued need for awareness-raising, should not detract from the importance of the policy’s objectives. This must be put into context of the discrepancy between recording other offences as hate crimes and prosecuting them as such. It cannot be taken to mean that the police have taken no action when crimes or incidents have been reported to them – indeed they have dealt with the 74 reported cases accordingly. Often their intervention has knock-on effects, such as employers tackling the behaviour of male employees or the reassurance of victims.

Indeed, victims stressed the importance of the police ‘taking them seriously’ and demonstrating empathy, which was often more important than potential prosecutions.

Unfortunately, in many examples of these cases there is no available evidence nor do victims wish to instigate prosecutions. All recorded crimes involve a filtering process in terms of subsequent actions taken and this policy is no different.

If the policy is continued, more robust reporting, prosecutions and alternative responses can be achieved with the help of a publicity campaign on the law and an educational drive to eliminate the behaviours.

Dr Loretta Trickett is a senior lecturer at Nottingham Law School. Louise Mullany is a professor in sociolinguistics at the University of Nottingham