Mother in law: Working parents have been forgotten in the crisis

Diary of a busy practitioner, juggling work and family in lockdown somewhere in England

Do you remember when we thought the schools were closing two weeks before the Easter holidays so that they could have four weeks off in total, and come back for the summer term? I was going to work the first week at home, in shifts with my husband, and then my mum was going to take them for a week. She didn’t, because in that first week she was Locked Down. It is fifteen weeks since the schools closed now, and another 8 or 9 until they re-open. 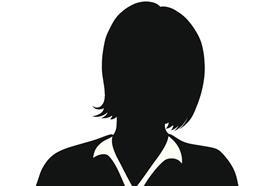 Since becoming a parent I have worried constantly about taking my annual leave tactically and carefully - to cover school holidays, to cover grandparents' holidays, to have some left for nativity plays and sickness. Last October a new client tried to get me on the phone during half term when I had annual leave. The wretched woman, on my return, said she couldn't believe that not only had she been lumbered with someone who worked part time but I 'obviously didn't work school holidays either'. She thought I had one of those jobs in the law - you know the ones - where you get thirteen weeks' annual leave. I broke the news that it didn't work like that, I had the same amount of annual leave as everyone else. I was just more likely to take it during school holidays, what with it still being frowned upon to leave small children home alone.

Last year, things improved a bit. I now work three days a week and for a number of weeks of the summer holidays my mum had them for a day and a half and my dad for the other day and a half. Nappies, sterilisers, highchairs, bottles and the like no longer being needed, it felt like much less of an imposition and actually something all concerned might have wanted to do for fun anyway. I never wanted to be like the man I used to work with who would cover the summer holidays by tag-teaming with his wife, the two of them never spending any time together.

And yet here we now are, having survived fifteen weeks with no help at all. Not from school, or grandparents, or other school mums, or babysitters. This week my dad (in accordance with the rules) finally looked after the kids overnight whilst I got through a particularly challenging couple of days at work, and hopefully he will now continue to help now and again, despite some geographical and other difficulties.

I know I have talked about this before, but I think it is really important we continue to talk about it. I know everyone has been handed their own challenges during this time, some more extreme than this, but I really feel like working parents have been forgotten. Every day we are looking after our kids - not just looking after them, but homeschooling them for goodness' sake - whilst also doing our day jobs. Whilst my employers are understanding generally, and would be understanding if my performance dropped, there are no guidelines to tell them what they should be doing to make my life doable. As I said in a previous blog, as well as the furlough scheme, and the one-metre-plus scheme, and the funding for the arts, what if there was a government-led policy for working parents? What if it said we should only have to work half our usual hours? As far as I am aware there has been nothing.

I hate the person I become when I am homeschooling. I seem to have been lumbered with the class clowns in my particular class, and despite making representations to the headteacher he wouldn't swap me to another class. At real school, these kids are conscientious, competitive and very clever. At my school they fall off their chair, stick their pens up their noses and, when reading, try to guess words from the first letter rather than sound them out. This morning DALC2, aged 4, kept guessing the word in the story was 'Roger', by reading the first letter, when the word was 'rabbit', which led to me shouting 'RABBIT' at her every time she said 'Roger'.

And on it went until I felt like not only was I going mad at the repeated calls for Roger Rabbit but annoyed at myself for shouting at my four-year-old about her reading.

At the beginning we were getting weekly phone calls from DALC2's teacher, who was on the rota to phone to enquire after both our children. The first time she called she asked 'how is it going' and I said 'It is awful. It is basically impossible. DALC1 in particular is getting very agitated and her behaviour is becoming very difficult.' She said 'that’s great', no doubt ticking me off her list of calls and knowing that my kids weren't two she needed to worry about. Every time she posts on the school app to say which room she is decorating in her house then asks the children to make sculptures from a bar of soap (yes, really) or make an obstacle course around their home I think I might explode.

She's not alone in not worrying about my kids. My colleagues have so little interest that all I can think is they think homeschooling is something I did for a week or so back in March. No, I don't expect them to worry about my kids and yes, they will have difficulties in their own lives, but their difficulties generally involve them doing less, not more. Not doing the things they would normally do, whilst I am doing twice the things I would normally do.

Whilst many of us have flexible working arrangements, we still take our jobs and our career progression very seriously. I see the fact that I am able to do a well-paid job part-time as part of what I worked all those years towards. The women recently on the news whose children interrupted their interviews were trying to do serious jobs and were no doubt mortified at the interruptions, if they are anything like me, striving for years to prove they can do their jobs around a family life. They were reduced to funny clips and in one case brutally cut off by the anchor.

It isn't fair on us, and it isn't fair that children are being treated as an inconvenience, an annoyance or a funny interruption to a Zoom meeting. My children don't know I've had a pay cut or that redundancies are presumably looming, but they do know we struggled to get food shopping at the beginning, that the schools closed for the first time in their grandparents' lifetimes, that they haven't been able to see their grandparents, or their cousins, or their friends, that our holiday has been cancelled, and their birthday parties. They know that deadly germs lurk on play equipment. They know their parents are exhausted and grumpy. These kids need more nurturing than ever.

I can only end again with saying that this is temporary. That two households can now mix (at two metres' distance) so maybe if you have older children you might now be getting some help. That you never need to worry again that taking time off when your kids are unwell will be frowned upon, as the whole world has now acknowledged you can, apparently, work from home and look after children at the same time. That even if your colleagues don't appreciate you slacking off (joke) to look after your children, if you are keeping both plates spinning you are doing something incredible and the people that matter- the only people who really matter- appreciate you being there, and are very forgiving.