The Nationality and Borders Bill, the government’s signature piece of legislation on immigration, shows questionable priorities at a time when the UK is in the midst of a wider immigration crisis. 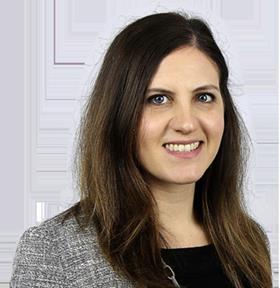 Fruit has been rotting in the fields. Shelves are increasingly empty in the supermarkets. Fuel is not making it to forecourts. The care sector is chronically understaffed. Yet the home secretary remains obsessed with limiting asylum seekers reaching the UK.

Our inability to provide essential services and support those industries such as hospitality which have suffered so much over the last 18 months is based on a common source of pain. A lack of staff.

We have an immigration problem but it really isn’t the one the government is focused on. The Nationality and Borders Bill objectives suggest our biggest problem is an influx of asylum seekers. In fact, total numbers of asylum seekers are still very low compared to both historic UK figures and comparatively in Europe. When you think about the main problems facing the UK right now, a truthful analysis would conclude that not one of them will be solved by the legislation currently going through parliament.

While the government has announced some concessions to ease the chaos triggered by this worker shortage, these measures don’t come close to addressing the scale of the problem and the admission only 127 HGV drivers have applied under the emergency short term visa scheme shows this will neither meet the demand, nor attract workers to fill these crucial vacancies.

While it may not be the sole reason, it is disingenuous to disregard Brexit and the decision to end free movement when considering how we ended up in our current crisis. We are told that Brexit was simultaneously about the opportunity to ‘take back control’ of our borders but also that it was not about being racist or anti-immigration. If that is truly the case, then we should consider that taking back control does not simply have to mean allowing less of something. We can exercise control while implementing a compassionate immigration system grounded in fact and realistic about our needs as a country. Fixing our current crisis will not be achieved with short term visas which treat those who deliver these essential services as less worthy than those in so called ‘skilled’ occupations.

Ad hoc visa concessions will not get us out of this crisis, and neither will an on-going commitment to seeing immigration as a bad thing.

It is clear setting the UK up for success going forward requires a fundamental rethink. Instead of a preoccupation with limiting migration, we need to think about how migration has been and remains a force for good. Instead of focusing our energies on legislation which shows us to be unwelcoming and stingy of spirit, we need to think about how to attract people to the UK.

The current obsession with asylum seekers is a manufactured crisis at a time when we are living through a real one. If the government wants a country which can prosper post-Brexit and recover post-pandemic it is time to identify these issues clearly and realistically and start doing the work to actually address them.