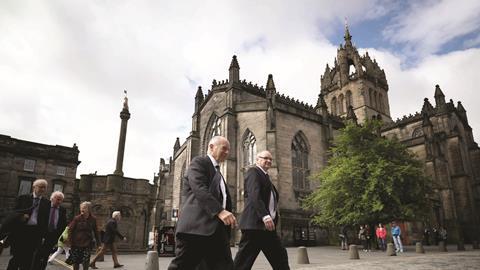 Lord Neuberger steps down next month as president of the Supreme Court – a fact that accompanies reports today of his critical comments on the repeal bill’s shortcomings.

The lazy conclusion is that the judge is a little demob-happy, but this is wide of the mark.

Sharp words for an executive that sometimes prefers to duck its constitutional duty comprise a thread running through his judgments. It will form part of his legacy.

This was the key quote in today’s BBC interview: ‘If [the government] doesn’t express clearly what the judges should do about decisions of the ECJ after Brexit, or indeed any other topic after Brexit, then the judges will simply have to do their best.’

The terms of this argument echo his 2014 judgment in right-to-die case Nicklinson. If Parliament refused to decide such an important issue, he effectively said, the courts would. Without that clarity, ‘there is a real prospect that a further, and successful, application for a declaration of incompatibility [with the Human Rights Act] may be made’.

Neuberger was at it again in January, when the Article 50 case reached the Supreme Court. Parliament had to do its bit, whether the government liked it or not: ‘Any change in the law to give effect to the referendum must be made in the only way permitted by the UK constitution, namely by an act of parliament. To proceed otherwise would be a breach of settled constitutional principles stretching back many centuries.’

Neuberger is a circumspect judge (paradoxically). It is hard to imagine him landing in hot water through casual, unguarded remarks in an interview, as has occasionally happened to colleagues.

Yet his world view does seem to be a liberal one. His 2015 lecture marking 150 years of court reporting was not hard to decode as a liberal cri de coeur. He had praise for the Human Rights Act, and gave the ‘war on terror’ the prefix ‘so-called’.

Ministers may brush this off as the intervention of retiring judge they (rightly or wrongly) assume to be pro-Remain. But that is to miss the point.

Why should that happen? Well, follow Neuberger’s logic from Nicklinson and today’s interview, and the argument is clear – people deserve a clear determination on key issues affecting their lives and they deserve it in good time.

As asserted in Magna Carta delay and obfuscation are forms of injustice, his argument runs. Not all the judiciary feel that as keenly as Neuberger obviously does – but if enough do, indecision in government and parliament could come at a higher price in future.