New year and a new broom for family justice?

Last month, justice secretary Dominic Raab suggested he was in the market for 'drastic and bold' ideas to improve the family justice landscape – and not before time. 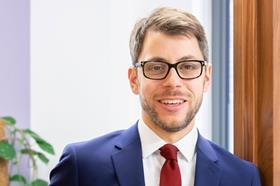 The UK family justice system is overloaded by the pressures of years of cuts, the aftermath of the disastrous introduction of the LASPO legislation, and the pandemic. It’s little wonder, then, that Raab is calling for drastic action when the outlook is so bleak.

The call to arms is an opportunity to re-evaluate what sort of family justice system we want. Here are five ideas for the government’s to do list:

Despite 'custody' having been abolished as a legal concept in 1989, it is still commonplace to talk about 'custody battles'. The whole lexicon of family law is geared towards our adversarial system – although modern lawyers are increasingly moving away from the age-old ‘Dear Sirs’, writing in a much more neutral constructive tone with clients referred to by name. The move away from a fault-based divorce system, which has been in place for decades, towards no-fault divorce provides a perfect opportunity for a public information campaign focused not just on the simplification of the divorce process but also on wider family law issues. Importantly, the impact of conflict on children – which is apparent from more or less every study that has been done – needs to be impressed on spouses, parents and professionals alike.

There’s no doubt that the removal of legal aid for most family matters has resulted in a huge surge in litigants in person, which has added significantly to the burden of courts. Funding 'neutral' advice at court to help litigants in person would be an enormous step forward. While it’s too much to hope that the government might perform a U-turn on funding legal aid, with some creative thinking it could help the legions of litigants in person and remove pressure from family court advisers and judges.

There are pilot schemes for ‘triage hubs’ for private children matters, which could work equally well for financial remedy courts. Funding access to these services (beyond the current voucher scheme) would be a major breakthrough. We should stop thinking of dispute resolution processes as alternatives to court, with litigation as the default. Instead, we should be looking at these processes first, with court the last resort. Moreover, the court system infrastructure is still not fit for purpose. Repurposing government buildings to provide spaces for DR processes other than litigation would be a big step forward. And why not call them Dispute Resolution Centres instead of courts?

4. Power to the judges

Far too much court time is taken up with meritless applications. Although many high net worth matters have moved across into private FDRs and arbitrations, there is still a significant volume of work which takes up huge amounts of court time. The MIAMs (Mediation Information and Assessment Meeting) process is often simply a box-ticking exercise. Additionally, its relatively narrow focus on mediation should be expanded to offer a wider menu of dispute resolution options, so MIAMs should become 'IAMs'. There should be judicial scrutiny as to why an alternative process has not been selected. The triage process needs to be carefully considered in the light of Article 6 rights to ensure access to justice remains for those that need it.

Simplifying the law in some way would probably remove at a stroke a large number of cases. The Law Commission in 2014 recommended the introduction of a category of prenuptial agreement which was binding. It’s a common misconception that prenuptial agreements are only for the uber-wealthy. However, in my experience they are available to people from all walks of life and can radically reduce the scope for dispute at the end of a marriage, so isn’t it time we gave people that choice? There are many countries in Europe and other parts of the world where school children are taught about ways of holding property in relationships, so why not in this country?

There is so much that could be done to improve matters. Let’s hope that the government takes on board the feedback it receives and seizes the opportunity to make meaningful, positive change to the family law system.