NHS must be helped to learn from its mistakes

When it comes to NHS costs, there is always much noise made over the sums charged by lawyers. And with reason. According to NHS Resolution’s latest annual report, claimant legal costs amounted to £466.6m in 2017/18; actually a slight drop on the previous year, attributed to the gradual effect of the Jackson reforms (among other things).

But the amount spent on lawyers pales into insignificance when one adds in the sums paid out in damages – and one area of care in particular casts a giant shadow across the NHS budget: maternity claims. Total costs relating to mistakes made during birth, which can involve the need for life-long care due to serious brain injury, amounted to a staggering £2.2bn. Despite representing only a tenth of clinical-related claims against the NHS, they made up 48% of the total claim value. These claims are insanely expensive, and not just in financial terms. The human cost for the individual child and for their family is unspeakable.

With that in mind, the best way to reduce the cost of those claims is to eradicate those errors in the first place. No one would argue with that. Indeed, there have been various initiatives across the NHS seeking to improve the body’s ability to learn from mistakes. But judging by a report published last month by Each Baby Counts, there is still a long way to go.

Each Baby Counts is a national quality improvement programme led by the Royal College of Obstetricians and Gynaecologists. Its aim is to reduce the number of babies who die or are left severely disabled due to mistakes made in maternity care. Unfortunately, its 2018 Progress Report is a sobering read. 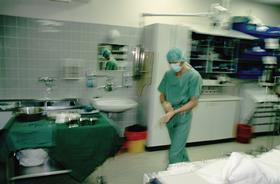 Each Baby Counts analysed incidents involving stillbirths, babies who lived just a week or less, and babies who suffered severe brain damage during labour. Of the 955 incidents where it had enough information to reach conclusions, it found that 71% could have had ‘a different outcome with different care’ – that is, 674 babies.

The report identified factors that were leading to poor care in a number of cases. Some of these are, frankly, hard to stomach.

All too predictably, excessive workloads on labour wards were a problem. Nurses found themselves looking after multiple women – despite guidance that there should be one-to-one care – while labour ward co-ordinators were also being allocated their own patients to look after, when they should be ‘supernumerary’. In one instance, the co-ordinator was called away from her own patient to see to an emergency, which then led to a delay in identifying her own patient’s difficulties – with adverse consequences.

Some problems identified in the report are not just about resources, but also reveal a problem with NHS culture – and particularly the reluctance of more junior staff to engage with or challenge their seniors. For example, the report noted that when activity on the labour ward had escalated to ‘extremely high levels’, in some cases the consultant on call from home was not being notified or asked to come in. Why not?

Problems also arose where the whole obstetric team were in theatre – but midwives did not feel ‘empowered’ to escalate patients to the wider senior obstetric team. In some cases, patients were instead transferred to the remit of on-call doctors, but they then had to wait to be seen – with the agonising consequence that opportunities to correct reversible issues were missed.

Lack of beds was yet another factor; particularly for women who were already in an antenatal bed for induction of labour, but who should have been transferred to a bed in the delivery room. In one case, there was a five-day delay in a patient being moved from a labour bay to the delivery unit, and even after her waters had broken there was a further day’s delay. After the mother developed sepsis and fetal heart-rate abnormalities were detected, there was even more delay before transfer to the delivery unit. The baby died after the birth.

The report noted that the fact that women who were being induced were already in situ in an antenatal bed, seemed to give ‘false reassurance’ that they were being adequately cared for – and so they were seen as ‘less of a priority’ than women who had just come into the labour ward.

One other issue related to human nature. The report’s authors identified multiple examples of ‘confirmation bias’, which had caused the focus of care to be too narrow, with key details missed. People are naturally averse to the idea that they could have made a mistake; and hospital staff are no different. Where confirmation bias is present, once a clinician has settled on a course of action, they will interpret any new evidence as confirmation of their position, even when it is obviously not the case. The way around this is to make sure that an opinion is sought from a fresh doctor who has not so far had any involvement in the patient’s care. But then we come back to resources.

With initiatives such as Each Baby Counts, combined with other measures across the NHS aimed at creating a culture of openness, there is a new willingness to learn lessons when things go wrong.

But the service needs the appropriate level of resources if that willingness is to lead to real improvement.