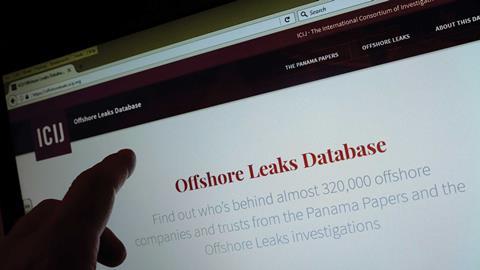 Last month, the Legal Services Board (LSB) launched a public consultation on its draft 2018-2021 strategic plan and 2018-19 business plan, with a closing date of 19 February. Every solicitor should read it to see what the LSB considers important for the future. Even the LSB concedes that its plans break no new ground, but rather rehash what it has done for the last three years.

(i) breaking down the regulatory barriers to competition, growth and innovation;

(ii) enabling the need for legal

services to be met more effectively;

(iii) ensuring that regulators and the Legal Ombudsman were operating effectively, and that there was a shared understanding of the legal services market.

The LSB says it is disappointed by the fruit of its efforts over these last three years (‘the evidence that we have obtained since the last market evaluation does not suggest that there has been significant change in outcomes since 2015’). So, ‘to reflect progress made and lessons learnt over the last three years, we have refocused our strategic objectives within these areas to maximise our impact’. In other words, having not made much impact since 2015, the LSB is not going to look at the world afresh and develop new objectives, but just give us more of the same.

Accordingly, the board’s new strategic objectives (2018-2021), on which it is now consulting, are:

(i) promoting the public interest through ensuring independent, effective and proportionate regulation;

(ii) making it easier for all

consumers to access the services they need and get redress;

(iii) increasing innovation, growth and the diversity of services and providers.

This reworking of old strategic objectives not only shows a lack of imagination, it also demonstrates that the LSB cares only for a few of the eight regulatory objectives which the Legal Services Act 2007 requires the board to consider. What about ‘promoting and maintaining adherence to the professional principles’ or ‘supporting the constitutional principle of the rule of law’?

If I were to come up with the biggest issues facing the delivery of legal services – and I stress that this is a personal vision – I would agree with the LSB on one point, and put unmet legal need among the top three. That has been a problem for as long as there has been law, and will presumably continue to be so until the end of time. I would add that any solution can hardly be considered separately from public funding for legal aid, and will not be solved alone by ‘increasing innovation, growth and the diversity of services and providers’. No matter how innovative and diverse the provider, no one is going to be able to give a proper service in police stations without proper public funding. The same probably goes for services to the disabled and elderly.

What are the issues not touched by the LSB in its new objectives? Here are two of the biggest current challenges facing the delivery of legal services, which happen to fall under the two forgotten regulatory objectives I have mentioned (professional principles and the rule of law).

First, there is a worldwide assault on the professional secrecy of lawyers. Mass documents have now been stolen twice from law firms (Panama and Paradise papers), and the resulting leaks have put enormous political pressure on the continuing ability of law firms to provide across- the-board confidentiality to their clients, including in the UK. Mass surveillance by governments, and access to personal data by governments, large tech companies and others provide further threats. Given the regulatory objectives about the professional principles, is it not time that the maintenance of the core values – which include independence and absence of conflicts of interest – became one of the LSB’s strategic objectives?

Second, legal education has fallen behind what is needed for a lawyer to thrive in current circumstances. The American Bar Association has recognised this and established a Commission on the Future of Legal  Education, looking, for instance, at the new skillsets not traditionally included in a law school curriculum, and at whether the bar exam tests 21st-century requirements. Section 4 of the Legal Services Act 2007 requires the LSB to assist in the maintenance and development of standards in relation to education and training.

There are doubtless other challenges. My point is that it cannot be true that there are no other regulatory objectives of importance beyond those now chosen twice, to cover a period of six years, by the LSB. There are, after all, eight regulatory objectives in all and the LSB should give them equal weight – or at least tell us explicitly why it chooses not to do so.

We should reply accordingly to the consultation, and say: not good enough, LSB.