Online harms and freedom of expression

Early August saw a new ‘Super Committee’ launch to scrutinise the government’s draft Online Safety Bill – a move we welcome with open arms. After all, while the bill is much needed to police certain goings-on at the big tech giants, as things stand, it may have a detrimental impact on freedom of speech and online reviews at smaller companies like ours. 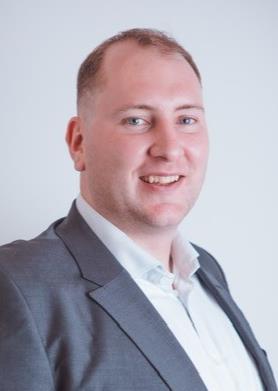 Let me explain. The bill is designed to hold tech giants like Facebook, Google, Twitter, and the like, accountable for the content posted on their platforms; or, at least, it is supposed to. However, as the co-founder of what is now the largest online legal review platform, I see how this could also adversely impact our business, and other sites like ours. This is not a sob story, but rather an argument to preserve fundamental rights regarding freedom of speech.

I am certainly not ignoring the need for online tech companies to be held to account for abusive and harmful content on their platforms. The past 18 months have proved the need for more policing and accountability; think racist abuse towards our footballers on Twitter, or fake news doing the rounds on Facebook. But, and this is the important bit, while those examples clearly fall under the category of ‘online harm’, what about leaving honest reviews even if they are negative?

A negative review can potentially create harm to the individual or company it is aimed at, but as consumers of products is it not our fundamental right to leave, and read, truthful feedback? By policing negative reviews, the bill would, in essence, render any review site obsolete. As a society, we don’t check TripAdvisor for only half the feedback, for example. What would happen if all we could read were the positive reviews? I, for one, would feel angry and cheated to have checked the reviews for a hotel that just mentioned the beautiful views and friendly bar staff, only to pay, arrive and realise that the place is filthy, and the food inedible. Why should things be different when it comes to picking a legal team? If I were going through an acrimonious divorce and searching for a solicitor, I would want to know other people’s truthful opinions about the service that they provide. After all, engaging a solicitor is a costly matter. The bill needs to reflect this and not tar all that is ‘harmful’ to an individual with the same brush.

Should review sites like ours be above the law and unaccountable? Of course not - which is why we already have safeguards in place. At ReviewSolicitors, we flag up potentially defamatory language and contact the user to ask if they really consider it a good idea to publish their post as it stands. We also have the ability to delay the posting of a review for 48 hours, giving the law firm the opportunity to analyse the content and deal with any underlying client care issue. This creates a dialogue between the parties, improves customer service, and prevents others from seeing reactionary, defamatory content that is not true.

The aims of the bill are well-intentioned: to stop real, hurtful, dangerous and damaging content from entering online platforms. However, we also need to preserve freedom of speech. Not all reviews will be glowing – if they were, what would be the point? But the term ‘harmful content’ is subjective. For a restaurant or a law firm, a negative review would be harmful. For Marcus Rashford and his teammates, the racist abuse they receive is harmful. For a number of female politicians, threats of death and sexual violence are harmful. We need to acknowledge that forms of harm vary in their severity; that criticism of an eatery, for example, may help to inform the review recipient and potential diners. Abuse aimed at individuals based upon their gender or race, however, is of benefit to no one.

I do not want to stop the bill but believe that real debate about ‘harmful’ content and its impact needs to be had. I do hope that the new Super Committee opens dialogue with us smaller companies and listens to our concerns. After all, if they don’t, we will all lose out.

Michael Hanney is co-founder and CEO of ReviewSolicitors