Panama papers: we need to talk about professional secrecy

In the run-up to Christmas, the European Parliament approved a long list of recommendations relating to the Panama Papers scandal of 2016, following the leak of documents from Panamanian law firm Mossack Fonseca.

The European Parliament rarely addresses recommendations specifically to lawyers. The outcome, therefore, is a rare and interesting reflection on what elected representatives from 28 different countries, in political groups ranging from left to right, think of our profession at the moment.

There had been much behind-the-scenes lobbying by the European bars to soften the original draft recommendations. The final version is, consequently, not as bad as the former. But there are still issues for us to ponder.

The first relevant group of recommendations is for intermediaries in general, which includes lawyers as tax planning advisers.

In this general category, the Parliament regrets the non-homogenous regulation of intermediaries across the EU, calls for oversight in the context of their self-organisation and self-regulation, possibly via a separate and independent national regulator/supervisor, and calls for the regulation of tax intermediaries with incentives to refrain from engaging in tax evasion, as well as tax avoidance and shielding beneficial owners, which covers not only illegal activities but also perfectly lawful ones.

We should focus, though, on the recommendations specifically addressed to lawyers. They are:

The intentions are clear. The outcome is a lot better than the previous recommendations, which included mention of state supervision of lawyers, along with fuzzier wording on professional confidentiality. But it still reeks with suspicion of our profession and an itching to have us supervised much more closely.

As the European Parliament was coming to the end of its work, the next and similar scandal unfolded, the so-called Paradise Papers revelation. It involved leaked documents from the Bermudan law firm, Appleby. The Parliament debated this issue in a mid-November plenary session and the relevant parliamentary committee held a one-off hearing at the end of November.

The reports of both debates have interesting nuggets, too:

Even though an Austrian MEP made a nasty dig at the plenary about us (‘it seems to me that you won’t find any Europeans in the Paradise Papers apart from Brits’), none of this has to do with Brexit. Although we will no longer be subject to EU law once the transitional period is over, we would be wrong to dismiss the sentiments expressed as euro-nonsense from which we are fortunately escaping. 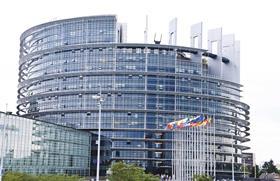 First, this is precisely the kind of area where some kind of post-Brexit regulatory alignment is likely. And second, and more importantly, successive UK governments have shown themselves willing participants in – indeed leaders of – similar initiatives at international level, for instance through the OECD.

We need to talk about professional secrecy. The recommendations from the European Parliament show a clear desire to narrow it down to what it considers to be absolutely essential, expressed as being ‘the rights guaranteed by the Charter of Fundamental Rights of the European Union and the general principles of criminal law’. There is a clear desire to hive off lawyers acting as financial operators. I know the arguments about why every client, including of financial advice, needs the benefit of secrecy. But decision-makers don’t yet see the point and we need to think about the future.