Literary agents cannot get enough of a new genre of autobiography-cum-polemic penned by the disaffected professional. Especially when it relates to the degradation of public services. 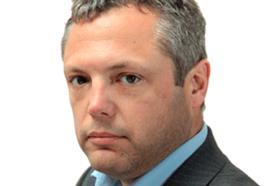 The Secret Barrister will probably end up making as much money from books as briefs when their second tome hits the shelves in April. And if you want to cut deep into what ails the NHS, I recommend Do No Harm (and its sequel) by neurosurgeon Henry Marsh.

A new addition to the canon, described by The Secret Barrister as ‘funny, shocking and powerful’, is A Bit of a Stretch – The Diaries of a Prisoner (Atlantic Books, £16.99). Author Chris Atkins is a documentary maker who became embroiled in a dodgy scheme to fund his latest film and ended up serving nine months in London’s Wandsworth Prison. His harrowing account of that ‘cesspit of misery and despair’ is required reading for anybody concerned with what entitles a society to call itself civilised.

Lawyers already know we lock up mentally ill teenagers in Dickensian boxes so they can self-harm in private. As HM Inspectorate of Prisons has written, conditions in our jails ‘have no place in an advanced nation in the 21st century’.

Where Atkins really cuts through is by exposing the remarkable – even darkly humorous – disconnect between the reality of prison and the reformist rhetoric. Much-touted ‘reform’ initiatives barely even qualify as window-dressing, though they are spoken of earnestly in lengthy parliamentary debates and at press conferences.

Even where they do exist, this can entail little more than a functionary ticking a box to indicate that something is being done.

At one point, lord chancellor Liz Truss breezes airily past Atkins’ prison landing, nose in the air (the prison stinks). But she doesn’t linger long. Lidington, Gauke and prisons minister Rory Stewart also have walk-on parts, but that is all. They weren’t there long either.

The public has developed a ‘sadistic’ mindset towards prisons and rehabilitation, Atkins concludes. Yet the sky-high recidivism rate shows this too is an act of self-harm. Sadly, his plea for more ‘progressive’ methods is unlikely to be heeded. No votes in it.