Raab should focus on chronic underfunding if he wants swifter justice

No one would suggest that the new secretary of state for justice, Dominic Raab, has inherited an easy portfolio. A huge backlog of Crown Court trials, chronic prison overcrowding, dilapidated court infrastructure and the perennial crisis of legal aid funding amount to a daunting set of challenges.

But his comments to parliament about prosecutions of offences against women and girls have once again revealed the government’s less than coherent approach to criminal justice, and have left defence lawyers dismayed at his apparent ignorance.

Answering questions from MPs, Raab addressed some important issues around the way in which allegations of sexual offences are investigated. But he offered no solution to the crisis in funding across the system and he could not resist a cynical swipe at defence lawyers. 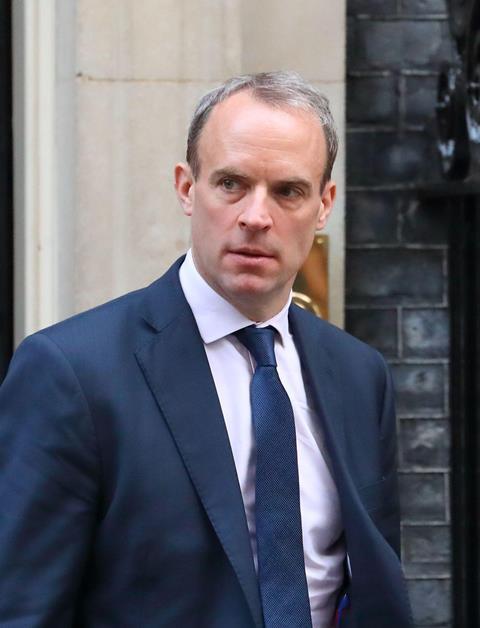 Raab assured parliament that he recognised the importance of extending the use of pre-recorded evidence and cross-examination of vulnerable witnesses, under section 28 of the Youth Justice and Criminal Evidence Act 1999. And although section 28 is not without its critics, all lawyers should welcome measures that improve the quality of witnesses’ evidence, whether prosecution or defence.

But Raab went further, suggesting that the section 28 procedure was important to prevent 'the widespread practice [by defence lawyers] of encouraging the accused to wait until the moment in court before they take the decision on whether to plead guilty.'

What is Raab referring to here? A defendant can only plead guilty 'in court'. What he appears to be suggesting is that lawyers are actively encouraging defendants to plead guilty only on the day of trial. If so, his assertion is supported by no evidence whatsoever - not surprising since any 'encouragement' by lawyers would be in privileged advice that is confidential. In fact most defence lawyers would not accept this assertion at all. The structure of legal aid remuneration in Crown Court cases allows only a much reduced fee for 'cracked trials' and all defence lawyers are required to advise clients in clear terms that a late guilty plea will not attract the full reduction on sentence.

Raab is a former lawyer himself. It is disappointing that either he lacks a basic understanding of the duties and practicalities that defence lawyers work within, or that he deliberately chooses to misrepresent what they do to try to win cheap popularity for his agenda and to deflect attention from government failings.

And those failings have been disastrous. Raab fails to explain, for instance, why he is still 'trialling' pre-recorded cross-examination when this practice has been under discussion for over 20 years. The system is creaking, not because defence lawyers act irresponsibly, but because successive governments have neglected criminal justice except when they want to win a few easy votes. The Secretary of State should concentrate on the chronic underfunding of the system if he wants to achieve swifter and more efficient justice. Ill-informed criticism of the very people who are needed if this aim is to be achieved is not the way to go about things.

Martin Rackstraw is a crime partner at Russell-Cooke