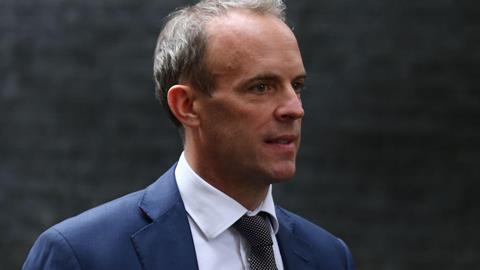 I know I’m not alone in my concerns about justice secretary Dominic Raab’s new plan to ‘overhaul’ the Human Rights Act (HRA). If you missed it being announced last weekend in a paywalled newspaper, Raab set out his ambitions to introduce a ‘mechanism’ to ‘correct’ legal decisions that he – or anyone in this government – believes to be 'incorrect'. While the Conservative manifesto promised an ‘update’, what has been proposed in recent weeks goes far beyond what anyone who believes in justice and accountability could possibly fear or imagine. It is knocking the knees out of the rule of law. 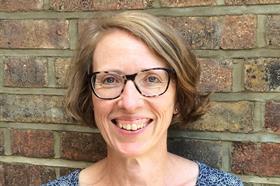 Watering down the HRA has long been one of Raab’s pet projects - he quite literally wrote a book on it – but to human rights lawyers like me who’ve spent the last 20 years seeing the Act change lives for the better, these plans make no sense.

We all want to be free and able to challenge injustice. The HRA enables just that. It is a law that helps British people stand up to, and be protected from, unlawful state actions. And it protects our free speech. Before the HRA was brought in, Britain did not have an express statutory protection for freedom of expression. As described by Eric Barendt, Emeritus Professor of Media Law at University College London, 'English law has traditionally taken little or no notice of freedom of speech.' As late as the 1990s, we even heard that 'free speech is a very good thing so long as it does not cause trouble'. The HRA changed that.

Over the past 20 years, the HRA has made a huge difference for many different people. For the families of the 97 people killed in the Hillsborough Disaster, the HRA helped them get a proper inquest and reveal the truth about the circumstances leading to their loved ones’ deaths. And it helped change the law so that no family of a sick and disabled child loses their benefits, no matter how long they have to stay in hospital.

In 1995, when 18 year old army recruit Cheryl James died from a gunshot wound to the face at Deepcut Barracks, witnesses weren’t called, medical records went uninspected and evidence was ignored in the initial police investigation. The initial inquest into her death lasted less than one hour. It was only in 2011, when we invoked the HRA that key evidence was finally produced and Cheryl’s family were able to get a proper inquest to get real justice and find out what really happened to their daughter.

Injustice can happen to any of us, and so it’s vital we all have the opportunity to challenge it when it happens. In saying that he wants to be able to ‘correct’ decisions, what Raab means is that he doesn’t want legal rulings to inconvenience this government – and all future governments - from doing what they want, whether it’s lawful or not. Allowing ministers to pick and choose when a law applies to them sets an extremely dangerous precedent, not just for those currently in power but all future Ministers – whatever stripe they are. Not only should we all be able to use the law to fight for what’s right, but the law should be respected and no-one should be above it – yet this is what is being proposed.

At Liberty, we have a long history of securing justice and preserving basic human rights. Take for example Joe Ousalice, a Falklands veteran who had his medals stripped away from him in 1993 by the Ministry of Defence after he was forced out of the Royal Navy due to his sexuality. This was not only hugely discriminatory, but losing his medals meant that he could not claim over 10 years’ worth of pension he had earned through his military service, The MoD later admitted its policy had been 'wrong, discriminatory and unjust', and Joe finally got his medals back earlier this year, but it was only due to the HRA.

It is precisely because of situations like those that happened in the military to Cheryl and Joe, or at Hillsborough, or every day to many ordinary people in Britain, that we need the HRA. It is a vital means of checking government overreach and ensuring good public decision-making. This is why the government must not overhaul the HRA. It is far too important.