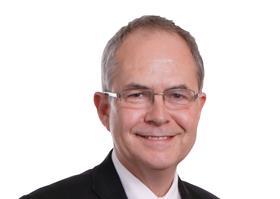 Mark Zuckerberg did a good job of bamboozling the politicians recently. Cross-examined by a marooned generation of aged senators who did not even understand the business model of Facebook, he had an easy time of it. Zuckerberg’s cross-examination highlighted the problems regulators have when it comes to social network platforms, using rules and regulations invented for a past age to control technologies which they do not understand.

The debate seems to be outdated. Is Facebook a platform, a neutral conduit, or is it a publisher or a broadcaster? Does it have an ‘instrumental’ role in dealing with social and political problems? What responsibilities should it be vested with? How do we strike the balance between competing rights to privacy, freedom of speech and the right not to be discriminated against?

Perhaps the answer is that one would not start from here. New phenomena require new legal concepts to control them and strike that essential balance between rights and responsibilities. The government has an overarching obligation to create an ‘appropriate legal framework’ around news providers and social networks on the internet (according to the Grand Chamber of the European Court of Human Rights in the 2015 Delfi case against Estonia). To provide this we need to discard the current discourse, which is trying to shoehorn and categorise the activities of social networks into the legal framework of the past.

The need for regulation is becoming ever more urgent. Every day there is news of another incidence of abuse: by authoritarian governments promoting repressive policies, or trying to affect the outcome of elections elsewhere; or by commercial organisations harvesting data to monetise it, trampling over the privacy rights of individuals. Internet abuse is rife and opinions are polarising everywhere as people curate their own news and follow others with the same politics and prejudices. In the US, it has been reported that large sections of the population have become impervious to new ideas, even when these are supported by facts.

The corporate philosophy of Facebook has always been to ‘move fast and break things’. It is working. We have a broken regulatory framework which was not designed to deal with Facebook, Twitter or other platforms. The big three (Facebook, Apple and Google) are still moving fast to stay ahead of the rising demand for regulation. All are now investing in developing their own specialised AI chips capable of handling the vast amounts of data needed to train deep learning systems. They are moving further and further ahead of the regulatory curve. A big investment of resources is needed to keep up with the new capabilities which they are developing. How can rulemakers write the rules if they do not understand the technology?

The first stage towards establishing an effective legal framework is to establish the political will to control these technological behemoths. We need a suitable framework with effective enforcement mechanisms which are fair to all. Technology has given birth to them and we need to use the same technologies to provide governance which both balances competing rights fairly and introduces an effective system of remedies.

In the past, we have used education and regulation to counter threats created by other addictive activities and habits. We need to start a new conversation in this space which prevents further harm, whether by breaking up the new monopolies into controllable chunks or finding a way of establishing responsibilities which can actually be enforced. What is needed is another regulator with rules designed from the ground up to govern these new organisations with their unique qualities and characteristics. This could be financed by the organisations themselves, just as other ‘utilities’ finance their own regulators.

This is urgent. Constant entreaties from government ministers that social networks need to take responsibility for themselves and the material which they host are not working. Real legislative innovation is needed.