RTA portal has worked better than expected, but there’s still much to do

The OIC portal has been running for three months and is operating better than expected, given the various moving parts and the delays prior to launch. The claims industry has been on the road towards digitisation for some time, so conceptually, the portal always made sense, and many practitioners have earned their digital spurs and welcomed the arrival of the OIC in June. 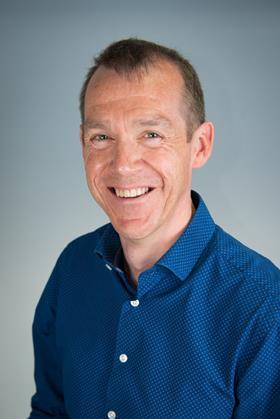 Much of the credit must go to Dominic Clayden, Martin Saunders and the team at the MIB. We all acknowledged there were going to be teething problems, but the MIB have been engaged and open to getting initial bugs sorted. The MIB’s collaborative approach should be applauded, and it builds on the efforts made by the claims industry more generally to cooperate during the last 18 months to keep the wheels of justice turning.

We now need to look beyond the bug fixes and tackle the wider picture, in particular the pressing need for ADR. We are now starting to see denials of liability by insurers which we can’t resolve by negotiation, so we have to advise our customers of the option to go to court, which thanks to case backlogs means a year or more delay in getting justice plus adds further strain to the already over stretched court system.

We, and many of the insurers we work with, are keen for the OIC process to integrate with ADR to give these customers a better option. So it is hugely disappointing to learn that the MoJ seems to remain closed to ADR.

It might be difficult to come up with a standard, one size fits all ADR solution, but the alternative is consumer detriment and denial of access to justice. I urge the MoJ to think again; they should sponsor localised pilots with suitable providers, law firms and insurers and encourage all of us to find workable solutions. They are out there.

At Minster Law we trialled ADR pre OIC with selected insurers for Stage Three of the MoJ Claims Portal process. We learned how to offer an ADR solution to customers, and we think it can work in the post-reform world too. We know the MoR, Sir Geoffrey Vos, is an ADR advocate, we know that court backlogs are a big problem and we know that ADR can offer better outcomes for customers. The MoJ risks blocking much needed evolution and we urge a change of perspective.

Ask a claims industry professional how the OIC is going and you’ll get a different answer every time. There is a lack of meaningful, industry-wide data readily available. Minster Law has a clear line of sight on our own claims data (cases submitted, types of injury and so forth), but the complete picture is muddy.

It would be great if the MIB – which does have the complete picture – provides our industry with a clear sense of where claims are at in the portal. It’s frustrating to have a partial view; data sharing will create more transparency for everyone, and avoid creating a data vacuum, which is inevitably filled by unhelpful speculation.

Data sharing won’t create a stick to beat the system with, rather it will foster more transparency and openness, and with it a willingness to work together to fix problems.

While dialogue with the MIB is constructive, and the team are out there asking for feedback, it will be coming through piecemeal. To resolve this we want the MoJ to set up an OIC control group to liaise with claimant firms and insurers collectively. We are at the coal face, seeing the problems every day. Rather than individual businesses issuing enquires, it would be more effective to collect and filter them and create the feedback loops through the control group.

One anomaly needing a fix is the requirement for law firms to print an SCNF (small claim notification form) and put it in the post to the defendant driver, once the claim has been electronically submitted to the OIC Portal and the defendant insurer identified. It means the defendant gets a form in the post from a claimant law firm who they’ve never heard of. A sensible rule change would see the compensator sending the form at the same time they look to discuss the claim with their insured driver, as they already have to do if the claimant is acting as a LiP with no legal representative. Working this issue through the control group would be the right approach – and ensure that broad concerns such as these have more chance of being actioned.

The spirit of co-operation that has been evident in the industry during the pandemic is alive and well, and the MIB is playing an important role. Through them, law firms are cooperating with insurers and vice versa in a shared aim to reduce friction and make the portal a success.

We’d like the MoJ to become part of that process, yet at present, it is a closed door. On ADR, on the control group, and on fixing the teething issues, ministers are actually preventing progress when they should be encouraging it.

Stuart Hanley is head of legal practice at Minster Law