Savings at a premium

‘Insurers’ first duty should be to injured people, not their fiduciary duty to shareholders,’ the Association of Consumer Support Organisations declared in early 2019. That was before lord chancellor David Gauke completed his fast-track review of the discount rate used to calculate compensation for serious injury. The consumer body’s plea appeared vain – even naive. Insurance companies exist to maximise profits for their owners. And Conservative governments had long been renowned for genuflecting before one of the City’s most powerful lobby groups. 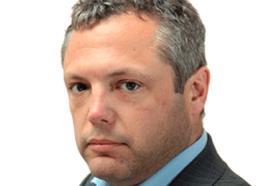 It was a pleasant surprise for claimant representatives, then, when Gauke made a far more modest adjustment to the discount rate than insurers had hoped for. That hit the industry’s bottom line – though the impact was far from terminal. Direct Line, for example, still posted a £300m operating profit on its motor business last year.

Let us go back even further. ACSO has now set its sights on the cut to motor premiums first promised back in 2015 by George Osborne to justify fresh curbs on the ‘compensation culture’ (sic). Osborne mooted a £50 cut per premium. For reasons that are not entirely clear, that sum seems to have reduced to £35 in the interim.

The Civil Liability Act has yet to be fully implemented, ACSO acknowledges, but Covid ‘has achieved over the course of 12 months what the government set out to do with its compensation reform programme’. Claims have plunged, but motor premiums are virtually unchanged.

So how about it?

ACSO’s problem is that the government of six years ago declined to consider any mechanism that would ‘prove’ insurers had delivered the £50/£35 cut. The waters have since become much muddier. Last October, the City regulator pledged to ban insurance companies from charging existing customers more than new ones for motor (and home) cover. That looks set to lead to a root-and-branch overhaul of pricing models anyway. And so the trail goes cold.

The only prediction I am confident of making is that profit margins on motor books will remain healthy. Sadly for ACSO, the illusory ‘£50 cut’ was never more than a public relations sop.