SDT's civil standard shift will be put to proof

Last week the Solicitors Disciplinary Tribunal (SDT) announced that it will seek to change its rules to adjudicate alleged misconduct by solicitors from the criminal standard of proof (beyond reasonable doubt) to that of the civil standard of proof (on the balance of probabilities). The SDT will apply to the Legal Services Board for a change to the rules which, if approved, would come into effect from 25 November 2019 in line with the new Solicitors Regulation Authority (SRA) rules coming into force. 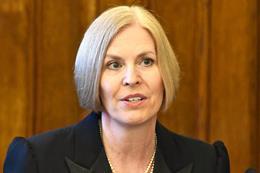 Rumblings about lowering the standard of proof have been going on for some years and it is disappointing that these now appear to be crystallising.

Solicitors are held to the highest standards of integrity and professional standards, which is appropriate given the position of trust in which they are held by courts, their clients and the wider public.

Accordingly, any allegations of misconduct referred to the SDT by the SRA are very serious matters due to the severity of the consequences should the allegations be proved. The SDT has a range of powers at its disposal, including the power to order an unlimited fine, suspend a solicitor from practice and even striking from the roll, any of which could put an end to a career or firm.

Given the gravity of the penalties which can be imposed by the SDT, the Law Society remains of the opinion that the criminal standard of proof is the proper standard to be applied.

Back in 2017, in anticipation that the SDT might consult on the issue, the Society sought members’ views on the standard of proof. We published a discussion paper in October 2017 and then in April 2018 we published a summary of responses.

The majority of respondents to our discussion paper were in support of retaining the criminal standard of proof, which we reflected in our response to the SDT consultation.

Reasons included that an innocent solicitor’s career should not be ended if the tribunal has doubts about the facts. We maintain that the disparity of sanctions and approach of other disciplinary bodies, including the lack of any fitness to practise rules, confirm that a like-for-like comparison cannot be made with other professions.

Members have expressed serious concerns about the inequality of arms between an individual solicitor and the SRA. For example, the SRA is in a position to fund professional representation, including specialist advocates, whereas for financial reasons a solicitor often deals with the proceedings themselves, despite not having the relevant regulatory expertise, let alone at a time of immense stress.

A referral to the SDT may also have serious financial and reputational implications on an individual solicitor, even if they are subsequently fully exonerated of all charges, as the fact of proceedings is public.

The SDT has wide powers to award costs in favour of the SRA, ranging from full reasonable costs to a contribution. Generally, the SDT will award the SRA’s full reasonable costs regardless of the final outcome of a prosecution, on the basis that the regulator incurs costs to carry out its functions and should therefore recover costs where reasonable (Baxendale-Walker v The Law Society).

Additionally, unlike the normal rule in litigation that the ‘winner pays the loser’s costs’, an individual solicitor who successfully defends some or even all the allegations at the SDT will not automatically recover legal costs from the SRA. This is only ordered in exceptional cases. The net effect of an SDT investigation can therefore be financially devastating, whether the allegations are proved or not.

In 2015-2016 the rate for prosecutions at the SDT was 98%. This high success rate of prosecutions demonstrates, in our view, that in meeting the criminal standard of proof the SRA refers appropriate cases to the SDT and effectively discharges its regulatory functions.

The tribunal has attempted to allay concerns about the shift to the civil standard of proof by giving an assurance that ‘it will continue to scrutinise robustly all allegations brought before it and will continue to look for and identify cogent and compelling evidence before finding allegations proved.’

However, we remain concerned that by lowering the standard of proof there is an increased likelihood of referrals to the SDT as cases will no longer have to be prepared to the higher standard of proof. This could result in ‘weaker’ cases being referred which would otherwise, under the current regime, have been dispensed by the SRA itself using its own powers.

We propose to monitor the situation when the new provisions are in place, including the rate of referrals, outcomes and ways in which the inequalities between parties can be potentially addressed.

On a more positive note the Society argued successfully against the SDT’s proposal that the tribunal’s panel should have a lay majority. The SDT has confirmed that there will be no changes to the profile of the panel – there will still be two solicitors and one lay member. We strongly concur with the tribunal’s response that had such a change been implemented it would have placed at risk the reputation of the SDT as an expert tribunal.